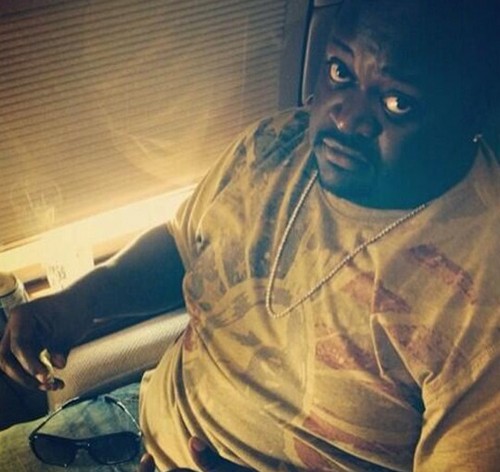 My, what a wonderful and inspirational group of friends Justin Bieber hangs out with, no? We already know Bieber’s friends aren’t exactly the most savory group of people around, and it’s now come to light that one of his friends, Jason ‘Pooh Bear’ Boyd, might be under suspicion for international cocaine smuggling.

Boyd is also a music producer along with being Bieber’s friend, and there were many media reports over the last few months that he was ‘corrupting Justin’ and smuggling cocaine into the country. However, Boyd has finally spoken up about the rumors and insists that they’re not true, saying that he’s never sold drugs in any ‘way, shape, form or fashion‘. Me thinks he doth protest too much.

Obviously, this brings us to the question – when Bieber uploaded a picture of Boyd holding a suspicious looking white packet, what were they doing? If Boyd is telling the truth and that white packet was not cocaine, what else could it be? Boyd claims that it’s not even a packet of white powder, but a slice of lime.

Now, the picture’s blurry and you can’t really tell for sure, but he could be telling the truth. I’m sure police officials and people investigating drug smuggling rings have better technology than the average person, so if they are investigating Boyd for international cocaine smuggling [which is a very serious offense], then they would have already looked at the picture – with special technology to see if he was lying.

The fact that he has yet to be arrested says that they either don’t think this issue is that serious, or they believe him when he says it’s a lemon. Now, I highly doubt that Boyd and Bieber don’t do drugs, but I think even Bieber might not be stupid enough to post something like that to the Internet. I’ve been wrong about him before though, and I wouldn’t be surprised to see that I’m wrong again.