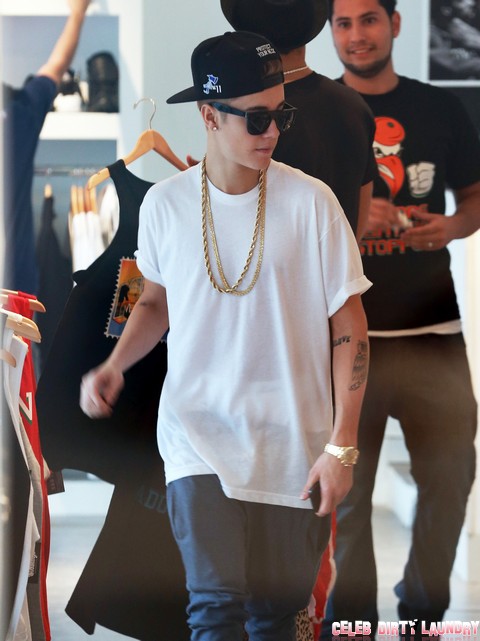 Being an 18-year old teen heartthrob isn’t easy for Justin Bieber. Aside from having to contend with screaming, intrusive fans and the paparazzi following him everywhere, he admits that at times it has been lonely.  At least up until this year. This awards season has been completely different for Justin and he is welcoming the change. Instead of being the only young guy on the scene he now has competition and it’s something he is grateful for.

This past year in music has brought us One Direction and The Wanted – both boy bands that have really sky rocketed to the top of the charts and needless to say, young girls love them to pieces. Instead of Justin hating the competition he is thrilled to have it. If he is up against either band for an award that means that he has guys his own age to hang out with backstage and at the after parties. According to Live Magazine, “It’s actually cool to have other young people on the scene. I’ve spent years being the only one at all these awards shows – now there are other people my age, I hang out with One Direction, and the guys from The Wanted are fun, really funny guys.”

It’s good that Justin has befriended the guys, since he no longer has Selena Gomez on his arm accompanying him to all of the red carpet events. Do you think Justin may have hung on to Selena because he had no one else to really relate to and so sticking with her made that part of his life easier?

Ironically, a week after those infamous pot photos were released, Justin tells NOW Magazine that he doesn’t party with any of the boy banders because he wants people to think he’s a good person! Frankly I’d rather see him at a club with a group of guys rather than see pics of him hitting a blunt and hear about him cheating on his girlfriend, how about you? Tell us your thoughts in the comments below!