Justin Bieber Fingered By Cops As The Speeder 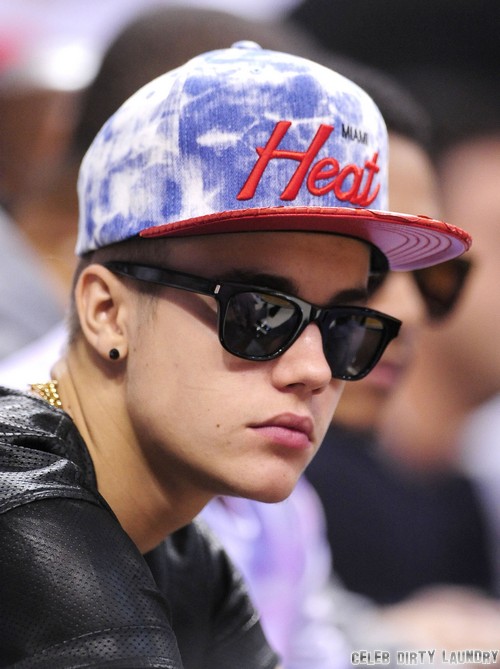 Justin Bieber has been fingered as the speeder in his Calabasas neighborhood, according to the cops. Is anyone shocked by this whatsoever?

Justin has been blazing a trail through the gated community where he calls home. The neighbors around him are angry with him for acting like a fool and have had enough. They were said to be so fed up that they were threatening to withhold their homeowner’s association fees if someone couldn’t get him to calm down.

As you may recall, Keyshawn Johnson, who is also a resident in the area, chased Justin down in his Prius. He said that Justin wimped out and ran from the driver’s seat and into the garage to avoid a confrontation. What a pansy.

Justin’s friend Tyler The Creator tried to take the heat off of him for the speeding, claiming that it was actually him. Apparently the cops aren’t buying it at all. In fact, the Sheriff’s Department is not convinced by Tyler’s statement. The cop have two witnesses who place Justin behind the wheel of the vehicle on Memorial Day.

So, we’re guessing that criminal charges will be happening soon? Perhaps they’ll even throw Justin in jail until he can learn how to act like a responsible adult? That would be too easy — perhaps they should deport his self-entitled butt. Buh bye!

Justin’s people claim that they have video proving that it wasn’t Justin behind the wheel, but nothing has surfaced as of yet. We’re going to start the DEPORT BIEBER movement. Sign up in the comments section below.