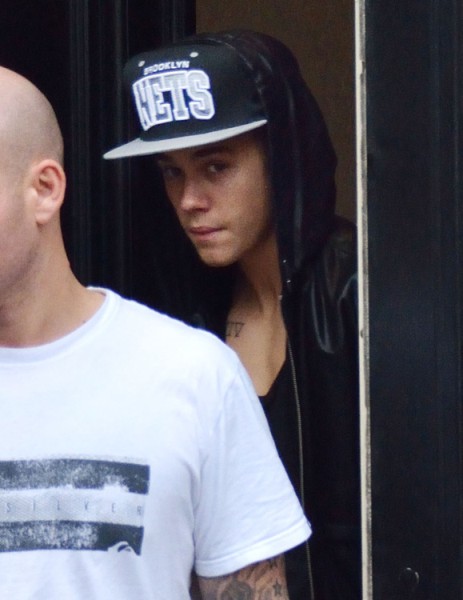 The hits just keep on coming for the pop star’s European Tour of Terror. Now we have a drug bust! Justin Bieber’s tour bus was examined by Swedish police yesterday because it smelled strongly of some mind-altering substances. Police boarded the bus in Stockholm and, true to their little noses, found small amounts of marijuana and a stun gun. There’s no word on if the stun gun has a permit.

TMZ reports no arrests will be made since no one was on the tour bus when the weed was found.  TMZ does know that Bieber was hanging with Lil Za before the incident occurred and they’re usually smoking buddies together… just saying….

Finding marijuana on a pop star’s tour bus is kinda a non-story, right? That’s tame and his mother should be giving a sigh of relief considering the last few months he’s had. But because this is Justin Bieber and because he can’t do anything right lately it’s just pretty funny. What’s Scooter Braun going to do with this kid? He lost his monkey and now he lost his pot. I just don’t understand why it’s so hard to keep your shit together. You’ve got loads of people around you to help you keep your shit together and you still can’t. I know he’s no genius but… damn.

I’m just waiting for him to cry out from the injustice of it all. He blacklisted London, just threw a tantrum in Belgium, left a Monkey in Germany and now has the cops on his ass in Sweden. After awhile he’s going to have to realize the common denominator in all of these lame stories is him. But that would make him have to take accountability. His handlers will get pot confiscated on a tour bus before they let that happen.

What do you think of the Justin Bieber/pot episode in Sweden? Justin Bieber’s done worse, yes? But can we ever expect him to do better?