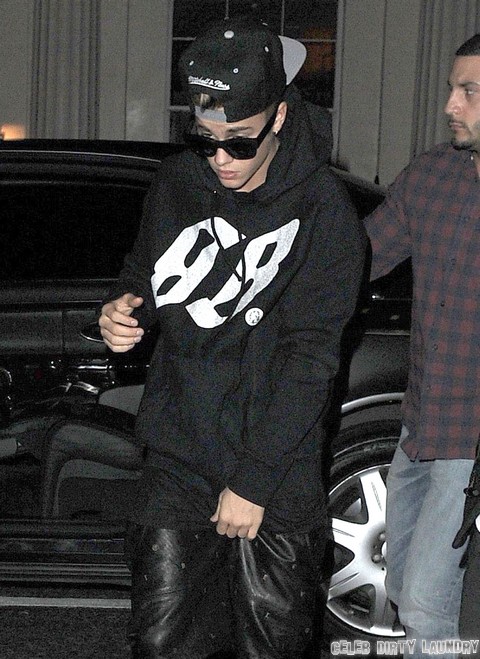 Justin Bieber has changed a lot since hitting it big with his first single “Baby”. In 2009 he was a squeaky clean teen from Ontario, Canada. Justin was just as famous for his a hairstyle as his music. Fast forward four years we see Justin sporting tattoos, pants hanging off his butt and embroiled in several scandals. He has managed to escape his troubles of the last six months unscathed legally but he may now have to pay for his behavior.

The Daily Star is reporting that Justin may be heading for rehab. His management has not been happy with his partying behavior. Per The Daily Star Justin was wandering around the city drunk and topless. Indian Express reports the London venue of his 19th birthday party smelled of marijuana after he and his party left the club. Even Olivia Wilde tweeted “Bieber, put your f***ing shirt on” in response to stories about his worst birthday in London. This is not new behavior.

Justin is just 19 years old and some may dismiss his actions as typical teenage or young adult behavior. This is not true. Justin started participating in reckless behavior because he is miserable. TMZ reported and posted pictures of Justin with friends smoking pot and drinking narcotic Sizzurp – not exactly the impression Scooter Braun wants to convey to the parents of the demographic responsible for all those millions of dollars of fat profit. There were also stories of reckless driving in Los Angeles while trying to get away from the paparazzi. Justin became so famous so fast, with a lot of money and plenty of yes-men, it probably started to catch up with him. Also, his on and off relationship with Selena Gomez added to his stress and caused depression. Justin is dealing with his pain and stress in destructive ways because doing drugs and drinking are quick fixes. I’m sure he feels his behavior is not a problem and he is just having fun, but Justin has a huge responsibility to his record company and the people who work for him. If he continues down this path of destruction he has a lot to lose.

Justin’s management team are not the only people worried about him. It was reported that his mom Pattie Mallet begged Selena Gomez to get back together with her son because she worried about his health. Singer Robbie Williams told Sunshine Coast Daily he is concerned Justin is too young to deal with his fame. Robbie also said it would be inevitable for Justin to hit a rough patch because of his level of success. Justin’s name has been thrown around recently, and it wasn’t nice. Billie Joe Armstrong from Green Day had a meltdown during a live show and told the crowd he wasn’t Justin Bieber. Patrick Carney from The Black Keys was asked by TMZ his opinion about Justin’s Grammy snub. Patrick responded  “He’s rich, right? … Grammys are for music, not for money … and he’s making a lot of money. He should be happy.” Ouch!

Justin could take a lesson from Lindsay Lohan. She was his age when she started partying. Now she cannot get herself together to get a job and she can’t seem to avoid run ins with the law. No one wanted to help Lindsay anymore until her patron saint Charlie Sheen came into her life. Maybe Justin should give Charlie a call.