Justin Bieber To Reveal All In Selena Gomez Split – Should She Be Worried? 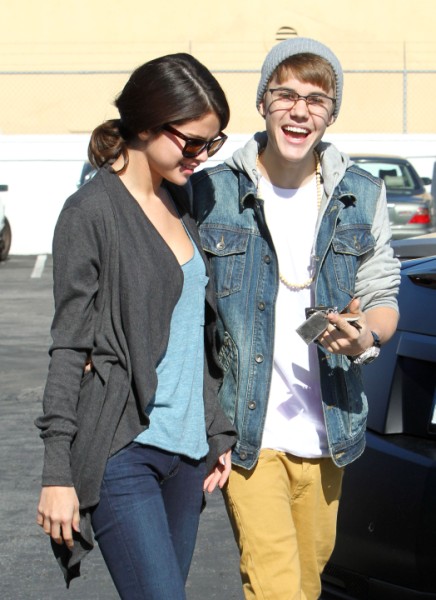 You knew he would. Privacy is becoming a thing of the past like landlines and trapper keepers. When you don’t have a high school to spread your version of the truth, the next best thing is a new acoustic album. Justin Bieber’s new album is set to drop next week and he’s teasing fans with the exciting news that it will set everything straight and answer all their burning questions about his marijuana smoking/Victoria Secret model bangin’/lame tattoo gettin’ life.

I’m going to refer to this as his Justin Timberlake blue period since he and Selena keep embarrassing themselves by singing (and ruining) Justin’s amazing break up ballad, Cry Me A River. I finally got around to listening to Selena’s version. And I thought Bieber’s was bad… Selena needs to stick to acting.

Anyway, I have a sinking feeling Justin’s going to follow Timberlake’s lead on this one with some heartbreaking, accusatory songs of his own. But should Selena be worried? Of course not. As far as I know Selena’s still squeaky clean from this break up. What can he sing about? The fact that she didn’t want to drop her career and her life to babysit him only makes him look like a douche. And he’s the one who allegedly cheated (unlike the Britney/Justin catastrophe) so if I were Selena I would continue making out with some tall, older dude and not even batt an eye at these little warnings.

I’m so anxious to see where Justin goes post Selena though. Is the kid ever going to grow? Timberlake at least had that going for him after he shaved those nasty curls. Women were all about getting on Britney’s sloppy seconds. I just can’t see it happening for Beiber. Sorry girls! I know. I know. He can get models. But how much of that is real and how much is that orchestrated by management to make him appear more appealing? For some reason Selena Gomez made him desirable. I’m not sure a toking, single Bieber will do the trick. Get on it Scooter Braun! Find him another wholesome girlfriend you want the tweens to be jealous of.

Will Justin Bieber reveal all next week? Do you think he’s just teasing about the Selena Gomez split or is Justin the kind of guy to kiss and tell?