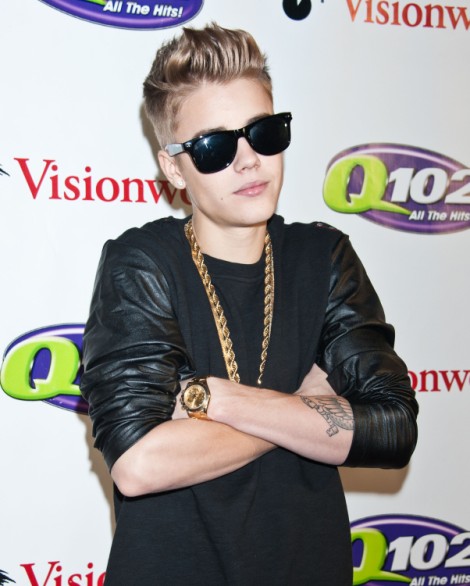 The tragic accident involving a paparazzo following Justin Bieber’s ferrari last night is sadly getting more salacious because the photographer is spilling secrets from beyond the grave. It turns out the paparazzo was so intent to get those pics of Bieber because he saw him smoking what he believed to be marijuana from a pipe in that car earlier in the day.

According to TMZ, Justin Bieber’s photographer, Chris Guerra, spotted Justin and Selena Gomez’s cars at the Four Seasons Hotel in Beverly Hills early yesterday. Sources said he was super excited about the turn of events because everyone thought the couple was in Mexico for New Year’s. That, coupled with the fact that Guerra went on to find Justin smoking while driving, led him to be “overzealous” when chasing Justin’s car last night. He thought he was in the middle of a huge scoop. Unfortunately for him his excitement resulted in following a car without Bieber even in it and crashing to his death.

This isn’t the first time we’ve heard about Justin’s love for the weed. A story came out a couple weeks ago about how he’s smoking constantly and morphing into a major twat. You obviously can’t blame Justin or his toking for the crash. Those paparazzi are crazy and put a lot of people’s lives in danger for the story. I just wonder why the photographer didn’t get a pic when he spotted Justin smoking. He probably just caught it and couldn’t get a shot off in time and then threw all caution aside to get another.

Lil Twist was hanging with Bieber at the hotel before he took off in his car without him.  Anyone else find it weird that Bieber hangs out with rappers? Who’s using who here for credibility? I understand this kid’s appeal to tweens and their parents but his peers… I just don’t get it.

Was Justin Bieber smoking while driving, you think?