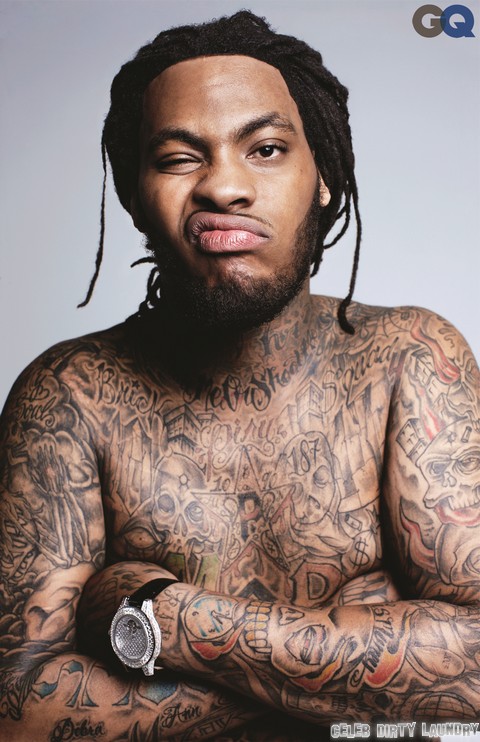 Did Selena Gomez really have sex with a whole bunch of rappers – and all of them at the same session? And if she didn’t then did Justin Bieber or one of his acolytes start the ugly rumor? There are some websites whose editors like to make up stories in order to attract new readers. They have no original ideas so they decide to pick on someone and make up outrageous lies. The most recent target of this type of writing is Selena Gomez.

Media Takeout might be guilty of making up lies regarding Selena. The website claims Waka Flocka Flame was dumped from Gucci Mane’s record label as a result of the two rappers fighting for Selena’s affections.  The problem with this story is that it is not true!  There were rumors that Selena and Gucci had a tryst while they filmed Spring Breakers, but a supposed Selena insider told Gossip Cop the two had never even met.

Gossip Cop is also reporting that this rumor started as a story on Perez Hilton.  A Spring Breakers insider told Perez Selena was cheating on Justin Bieber with Gucci. Well, Perez should have done his homework before posting a lie. Media Take Out has taken this story and added a twist, involving Waka Flocka to create a fake love triangle.  But it might be more like a octagon than a triangle if she did the entire Brick Squad as MTO suggests.

I don’t understand why people are suddenly taking issue with Selena.  Is someone at Media Take Out trying to make a point by making up this story? Is a Beliber the source who talked to Perez Hilton as revenge for breaking up with Justin Bieber? Or are Media Take Out changing the way they present themselves? Fans of Selena the Kewpie Doll will never believe this story. It’s too stupid.  Media Takeout, Gossip Cop and Perez Hilton should stick to facts only – like we do at Celeb Dirty Laundry!