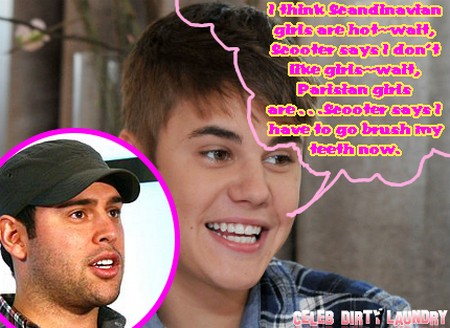 Will Justin Bieber be hosting Saturday Night Live before the season ends?  If his tweet is to be believed, then yes.  Yesterday the Biebs tweeted “2013.  what’s coming?  #snl???”  So, is this a sign that the Belieber himself will be performing on SNL?  Or…will he be performing and hosting?  I think he’ll probably do both.  He’s definitely got time on his hands to practice now that he’s single once again.

I’m sure girls everywhere are pulling out there hair and screaming in anticipation and excitement over this news.  So when will this all take place?  My guess is that it will be in the next few weeks to coincide with his latest album release “Believe Acoustic,” but it could be sooner to alleviate some of the negativity surrounding the teen stoner…I mean teen sensation.

Do you think he will take time away from his diamond encrusted bong to ensure this is the best performance he’s done?  Or will this be a mediocre display of rebellion on his part to show his horribly influential friends that “yeah, I’m super rich and this is just another performance to help line my pockets and buy you guys more weed”?

Meh, unless Selena Gomez is on there with him I probably won’t watch anyway.  SNL used to be hilarious, but these days I watch the show from the comfort of my bed because I know I will be sound asleep before the monologue has even finished.

What do you think readers?  Will the Biebs be taking time out from his extra-curricular and/or medicinal marijuana use to perform on SNL soon?  Will he host as well?  How many days do you think this break up will last?  Which of Justin’s girls do you think Selena was upset over?  Barbara Palvin or “Mary Jane?”  Will the Biebs get Sel pregnant just so that she can stop breaking up with him?  At this point, I don’t think he is taking the break ups too seriously anyway.