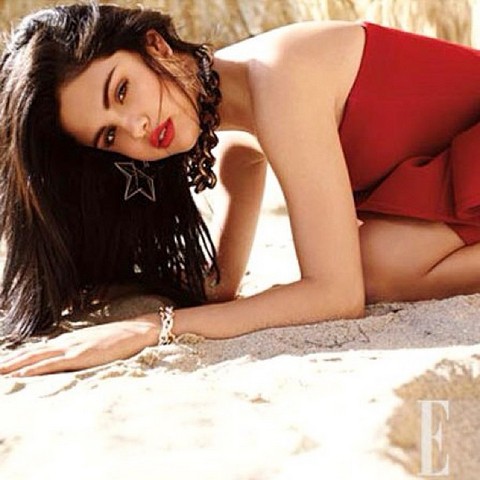 What exactly is it about Justin Bieber that makes Selena Gomez keep running back for more?  This girl seriously needs her head checked. The former Disney princess was spotted doing the walk of shame early Saturday morning and get this, she was dropped off at home by Justin’s car and bodyguard!  Apparently all of the bad press, obvious drug use and chronic cheating wasn’t enough to make Selena steer clear of the teen star!

Selena had never actually issued a statement after the most recent split with Justin so maybe in the back of her mind she knew that it wasn’t completely over yet, but seriously- what on earth is she thinking? This girl can bag any guy she sets her sights on so why is she setting the bar so low? Is it really better to be with a cheater than to be on her own?

Let’s not forget the fact that we think that Justin is doing more than smoking weed. In the most recent pics of him with Lil Zha he is acting as if he is drinking codeine from a double cup. Codeine is classified as a narcotic and is highly addictive so Justin is already toying with a real addiction problem. I’m not sure what it is that makes this kid appealing to Selena and being with him is career suicide.

I’m sure her handlers’ are not at all happy with these photos emerging. Selena has built an entire career on being the girl next door and it’s that wholesome image that has made preteens and their parents love anything that she does career-wise. Staying with an obvious drug user really is going to reflect badly on her because eventually you become no better than those you associate with. Eventually there will be speculation that Selena partakes in the things that Justin does and even if she is squeaky clean she’ll be guilty by association.

Do you wish that Selena would wise up and dump Justin for good? Tell us in the comments below!