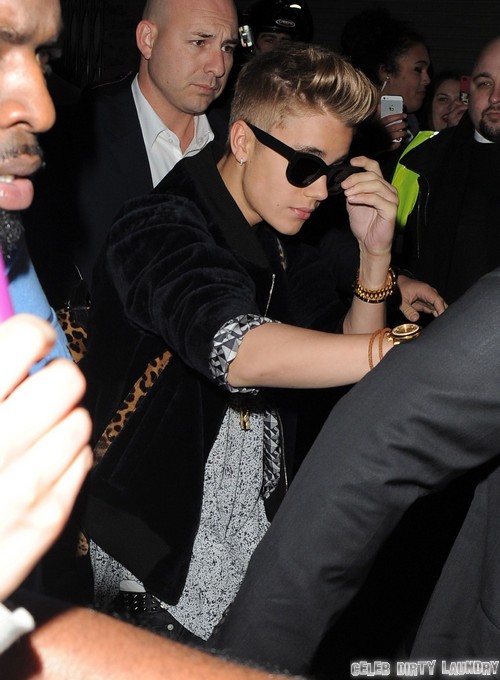 It looks like teen singer Justin Bieber can’t always get what he wants. He celebrated his 19th birthday at Cirque Du Soir in London, but the party ended with a confrontation between his security guards and the club’s security people.

Justin tweeted that he was in for a “Big night ahead”, but that turned to crap shortly after his arrival at the circus-themed party. E-Online reports:

But a couple of hours ago, the insider says, a confrontation occurred between Bieber’s entourage and club security, prompting Bieber’s entire party to leave. The incident went down very quickly and the birthday boy headed straight back to his hotel afterward, the source adds.

After the event ruined his precious birthday, he took to his official Twitter account to say, “Worst birthday”. Awww, poor little rich boy.

Do you feel bad for the Biebz having spent a night out and had his birthday ruined? Hit the comments and let us know your thoughts.