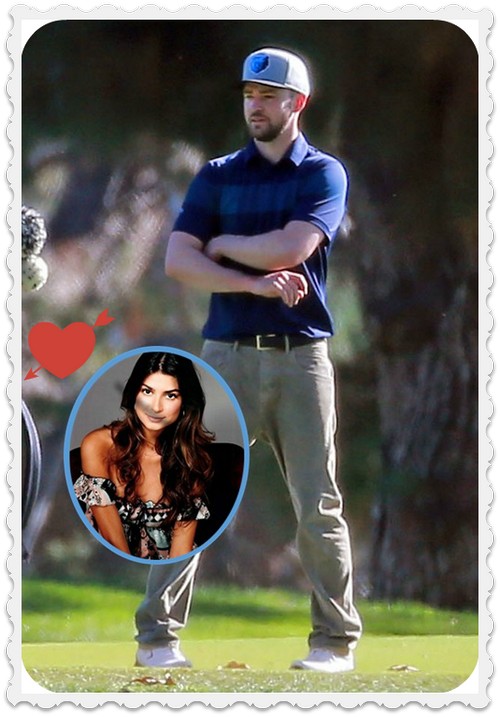 Justin Timberlake has long been thought of as a womanizer and his name has been linked to a long list of women.  After years of playing the field, the notorious flirt married Jessica Biel after dating on-and-off for five-years.  Friends and family hoped he had changed for the better and was ready to settle down. But it looks like the former horndog has not changed his womanizing ways one bit. While in Rio de Janeir0 for the Rock in Rio Festival in September rumor has it that Justin cheated on Jessica.  He was caught sucking face with Brazilian actress Thalia Ayala.

Thalia who is married to Paulo Vilhena was thrilled to hook up with Justin and tweeted to all her twitter fans, “A childhood dream – meet Justin and have him singing a foot in front of you.”  I guess the rules for being faithful to your man are different in Brazil….

When Jessica found out about the rumors, she allegedly went ballistic and had a fit. She had hoped Justin’s roving eye had settled down she has always been afraid, “Justin was incapable of controlling his impulses.”

The couple’s path to the alter was rocky, they began dating in 2007, they broke up in March 2011 when Jessica put her foot down about his infidelities and Justin proposed in December 2011.

With these new allegations and Justin’s “The 20/20 Experience” World Tour kicking off, it is no wonder that Jessica is worried. A source for Star reveals, “Jessica is really worried, she wants to believe that he’ll be faithful, but it’s hard to tune out all the chatter suggesting otherwise.”

This is not the first times there have been rumors that Justin was cheating on Jessica in August Justin was rumored to be cheating with a mystery blond.

What do you think CDLers can Justin ever stay faithful?  What is going to take for him to settle down?  Do you think if Jessica gets pregnant he will change his wondering ways?  Hit the comments and let us know your thoughts.