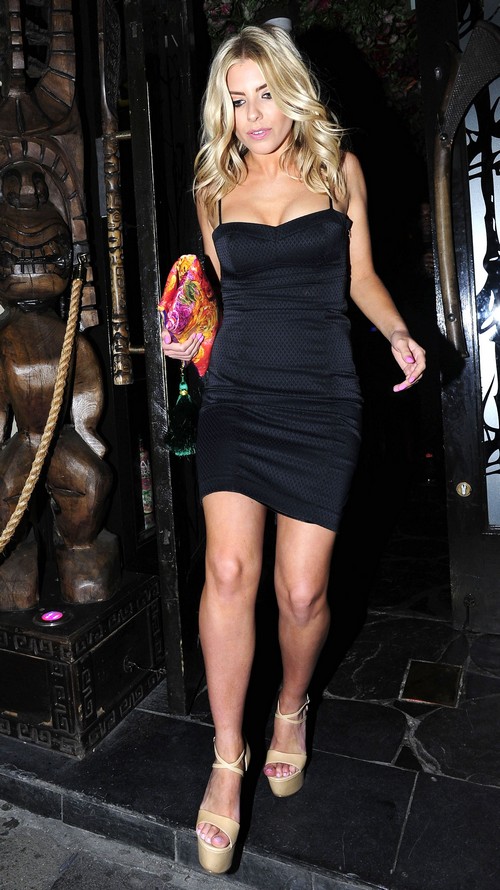 If this report came from any other site but Media Take Out, it would be hot gossip. Unfortunately, it did come from Media Take Out, so let’s examine the accuracy of the report, shall we?

The report claims that Justin Timberlake was caught ‘creeping’ with a mystery blonde while he was spotted leaving his studio last night. First of all, what is this ‘creeping’? Do they mean cheating? Did they not want to use cheating because they knew they’d get sued? So instead they used creeping? It just sounds so off.

Anyway, a ‘source’ tells MTO, “[Justin left] an after party with a mystery girl around 2am at Sigma Sound Studios in Philadelphia, PA. That woman is NOT Jessica Biel.” To be fair, MTO does have picture ‘proof’ and it does show Justin leaving with a blonde woman, who is suspiciously ducking her head down to avoid the cameras.

Now, Gossip Cop has already denied the report and stated that the blonde was Justin’s little cousin, who apparently went to see him perform. It’s believable. We know Justin has no problems with cheating, but even I don’t think he’d be stupid enough to do it in front of so many eyewitnesses. And if she really was his cousin, that would explain why she’s not being a famewhore and trying to avoid the cameras.

Right now, it’s been pretty quiet on the Justin and Jessica front. They’ve been staying off the news radar and not making any public appearances, but I’m sure that will change whenever Jessica lands her next role or when Justin is promoting his slate of Oscar bait movies this fall [both Runner, Runner and Inside Llewyn Davis are considered contenders].

What do you guys think about this report? True or false? Let us know your thoughts in the comments.