Justin Timberlake Ripped On Britney Spears At The Super Bowl, Isn’t He Over Her Yet? 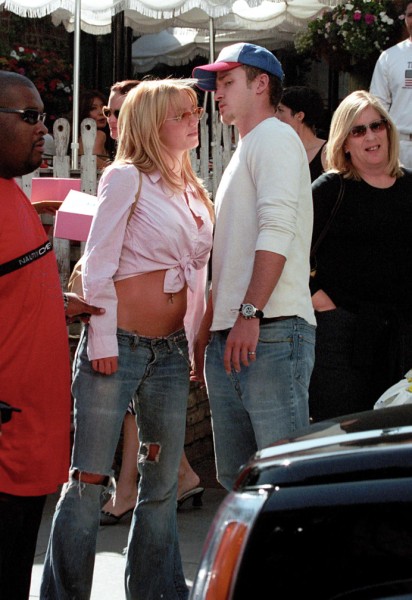 Let’s clear this up right quick and move on. Despite what he’s saying today, yes, Justin Timberlake did call Britney Spears a bitch during his Super Bowl performance on Sunday night. Now he’s getting shit for it so he’s backtracking. God forbid Justin take accountability so, instead of just admitting he said a douchey thing in the heat of the moment without thinking, he’s lying his way out of it. He might wear Tom Ford suits now and collaborate with dudes like Jay-Z but he’s still a child star who laughs at homeless people at his wedding reception at the end of the day.

During his mini comeback concert Justin was ready to start singing his famous break up ballad, Cry Me A River, when he told the audience, “Sometimes in life, you think you found the one. But then one day you find out that she is just some bitch.”

Now, he could just be trying to relate to the audience. He could just be attempting to take his song back since Justin Bieber and Selena Gomez ruined it with their nasty ass renditions. BUT, I’m not buying it! Everyone knows Justin wrote that song about his break up with Britney.  He even cast a Britney look-alike in the video. It was AMAZING at the time. Who am I kidding? It still is. So don’t play me now Justin. Why would you say that before a mega popular and revealing song and then get all confused when people read exactly what you want them to read into it?

This is what he had to say in his defense: “OK. I see you. Wouldn’t disrespect ANYONE personally. Ever. #Relax #ItsBritneyBitch I do love that saying though *with accent* #Respect.”

So… I’m confused. He used the word bitch referencing Britney’s song Gimme More? So that makes it OK?

If I were Jessica Biel, I’d be plenty annoyed but I’m not sure if it’s allowed for Stepford Biel to act that way around her new husband. Why is happily married and successful Justin thinking about Brit Brit at all? Move on dude. She cheated on you like ten years ago. You have to let it go. I know we always rag on Britney for letting her first love hold her back and ultimately drive her crazy but why not Justin? Is it because he’s (*cough, cough) an actor now? Or is it because his clothes usually match when he’s out in public?

What did you make of the Justin Timberlake/Super Bowl show? Were the Britney Spears/bitch comments too much or are we reading too much into it?