Kaley Cuoco’s Enagement Ring: Did She Only Get Engaged To Ryan For The Diamond Rock? (PHOTOS) 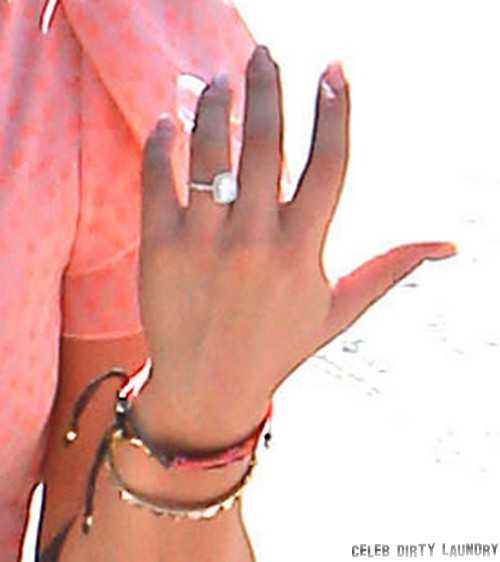 No one wants to be a pessimist but for Kayley Cucoco to get over Superman on the quick then she must have gotten an incentive. I mean seriously put Ryan Sweeting up against Henry Cavill and it’s not even a contest. Ryan is ok but Henry was in the running for the Fifty Shades of Grey Movie; enough said. Admittedly for a while I and many others were scratching our heads as to why Ryan? Then I saw her the rock he gave her and went “Ryan is gorgeous”!

It’s not as if this is Kaley’s first engagement. Usually the second time around people are more apprehensive. They aren’t rushing into yet another engagement after only knowing someone for three months. But when you think about it she probably had to return the ring from the first one. It could be really hard for a finger to get used to being weightless again. After all diamonds were meant to be a girl’s best friend for a reason.

So am I mad at Kaley? No. She’ll soon learn the value of not rushing into things. Like when she’s suddenly caught in wedding plans or worse a marriage with a virtual stranger. That maybe she’ll realize she needs to stop saying yes every time someone asks her to marry him. Runaway Bride was a great movie but no one wants to see that in real life. There is something sad about a woman loving the ring but not necessarily her fiancee.

I truly like Kaley. She seems one of those laid back people whenever she’s on the red carpet. You can tell because her eyes don’t stray over to her people to read their cues during interviews. That’s why its hard to understand this behavior. What is she thinking? No I’m serious. Someone tell me!

Kaley and ring buyer Ryan out and about in LA Saturday, Sept 28 – seems like all Kaley cares about is showing off her engagement ring.  Primitive behavior, isn’t it?