Kaley Cuoco Engaged To Ryan Sweeting, That Was Fast! (PHOTOS) 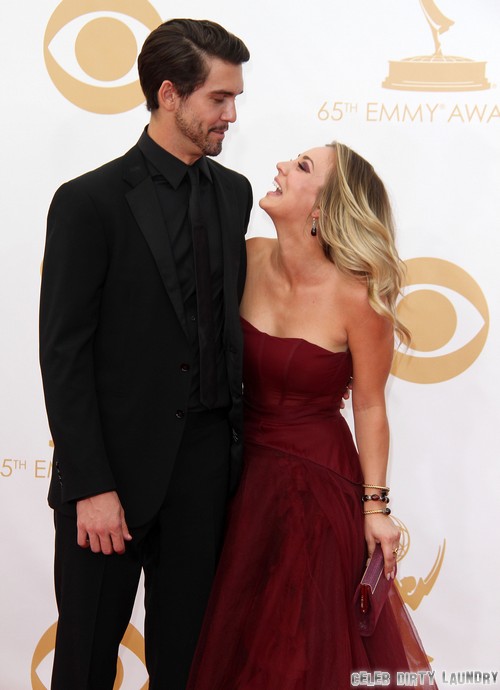 Didn’t it seem like just yesterday Kaley Cuoco was strolling on paparazzi-arranged photo ops with Henry Cavill in Hollywood? It was reported that not only has Kaley managed to date and dump [supposedly] Henry in these past six months, but she’s also managed to start dating and then get engaged to professional tennis player Ryan Sweeting.

Kaley and Ryan had been dating all of three months, and Kaley’s rep confirms that they’re definitely engaged. Kaley even tweeted the other day, possibly in reference to the engagement, “Flying high, I could literally touch the sky with you…”

Kaley definitely seems like one of those people who tends to get very serious, very fast in relationships. I’m surprised she and Johnny Galecki didn’t get engaged, considering they dated for more than two years and saw each other every day while filming The Big Bang Theory. As far as we know, Kaley’s only been engaged once before, to musician Josh ‘Lazie’ Resnick – but the engagement was called off in 2012 after a year.

You know what else is interesting? Apart from one or two photos of Kaley and Ryan together, we haven’t really seen much of them. Is it because the paparazzi only cared about Kaley when she was with Henry, or because Kaley was only calling the paparazzi when she was with Henry? At this point, we can all see that Henry’s and Kaley’s relationship was probably arranged by their PR, especially since Kaley seems to be a very private person otherwise. I still don’t understand what possessed either Henry or Kaley to agree to their horrible PR showmance, but it’s not really in line with each of their public images. Kaley is supposedly nice, quiet, and very private – and Henry is also nice, charming, and supposedly very private. So why did two supposedly ‘private’ people engage in such a public romance? I guess it’s Hollywood, and people do crazy things for fame.

What do you guys think about Kaley’s quick romance and engagement to Ryan? Let us know your thoughts in the comments.