Kanye West Choosing Paris Over Kim Kardashian, Couple Fighting Over Where To Live 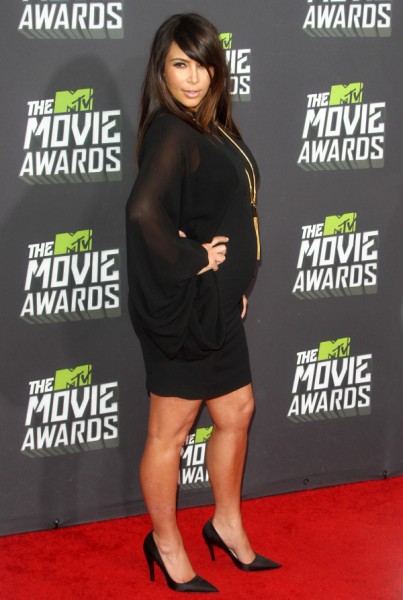 Maybe all the stress isn’t coming from Kris Humphries after all. As we’ve already relayed, Kanye West has spent just under three weeks with Kim Kardashian ever since they announced their pregnancy. She’s now over six months pregnant and it doesn’t look like she’s going to get her baby daddy any time soon.

Page Six reports that Kanye had been living it up in Paris working on his latest album and is seriously considering calling it home for good. He thinks it would be the best base for him to launch his fashion line (God, kill us now). If anyone is going to have to bend, move, or compromise it will have to be Kim Kardashian. Paris living is not the most conducive for a reality show/lifestyle empire based in Los Angeles but it sounds like if she wants to keep her man and her new family whole she’s going to have to move across the pond.

She’s already taken some steps. Rumors are circulating that she’s checking out French hospitals because she might be there when she delivers. This seems like a major jump for someone who has a super close knit family and has lived in the same city her entire life. Does anyone else see this ending badly? She’ll move for a time but have to fly back and forth constantly with the kid. She’ll get lonely and tired of Kanye’s never-ending egotistical bullshit and have no one there to vent to. I’m sorry. I know this sounds shitty but I’m giving this relationship a year – two tops – after that baby’s born. Kanye just seems way too selfish. He wants Kim to live for him. And wasn’t that the reason she ditched Kris? Didn’t he want her to live in Minnesota and be a mom and basketball player’s wife full-time. She didn’t want to give up her career. Kanye’s essentially demanding she do the same. What’s the difference? What is Kanye giving her that will want to make her stay around? Love? Fame? It’s definitely not attention at this point that’s for damn sure.

Can you see Kim Kardashian moving to Paris full-time? Is it just me or is Kanye West neglecting her right now? I just don’t understand these two….

Check Out Girls Talkin Smack To Learn The Latest On Kim’s Plans To Give Birth in Paris!!