Kim Kardashian Baby To Be Born In Paris? 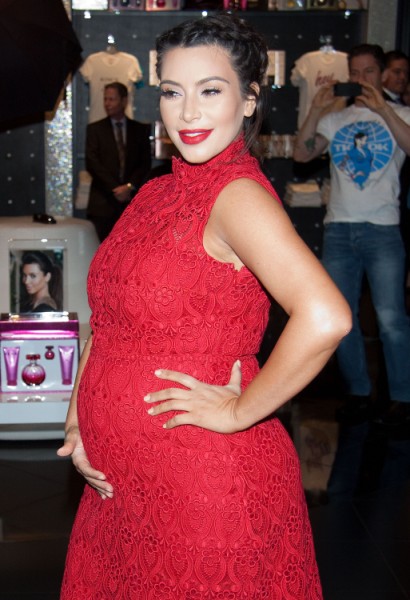 But how will we be able to see Kim Kardashian pull the baby out of her vagina like Kourtney Kardashian if she’s hiding all the way in Paris? Silly Jeanne, we all know she’s having a scheduled C-section with the routine tummy tuck right after! But will the French doctors be as accommodating as those L.A. ones?

According to TMZ, Kim and Kanye checked out a few maternity wards when they were last in Paris because they are seriously considering having their baby there. The privacy laws are much tougher on paparazzi which is why Halle Berry’s been crying to move there the last few years. Kanye also has a house in Paris so it could be a convenient alternative.

So will all the Kardashians take the trip there along with them? You know Kris Jenner is going to be in that delivery room regardless of what Kanye or any doctors have to say about it. But a Paris baby? Kim Kardashian would just love that, wouldn’t she? It’s so chic! I had to brush up on my nationality laws. Even if the kid is born in France it still won’t make it a French citizen so that’s a bum idea.

But now my American-ness is up in arms. Doesn’t she know these colors don’t run – especially when delivering a baby! Who does she think she is – Angelina Jolie? Is America not good enough for the Kardashian/Wests? Even Beyonce deigned to deliver her baby in the U.S. She took over a whole floor to do it but at least she stayed patriotic. It’s not like she went to Cuba to deliver or anything! (I hope you all know I’m being facetious. I could give a shit where Kim drops that kid).

Is Kim Kardashian delivering in Paris? Would that make a smart decision? She would get her privacy and then she’d be able to call the shots when she sells those first baby pics. We all know that’s what this is all about anyway right?