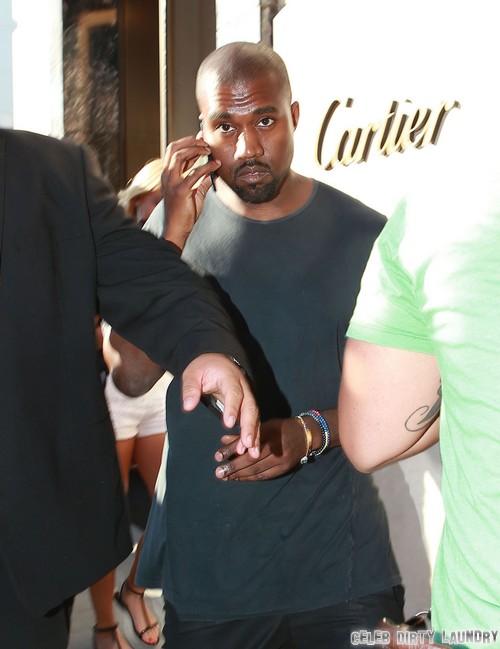 According to the latest report from Star Magazine, Kim Kardashian is raising North West alone because Kanye West has already ditched her.

Well, we already knew that. Yes, we already know Kanye’s excuse – he has to work and promote his music, bla bla. Ditching is ditching.

A source explains to Star, “[Kim is] feeling overwhelmed by her new life and struggling to raise Nori on her own, [and Kanye’s recent trip to Greece] caused friction with his stressed-out, shut-in girlfriend. Before Kanye left for Greece, she had a meltdown where she begged him not to leave. But he told her she needs to get herself together and stop being so clingy, then he walked out to the door to catch his flight.”

Apparently, Kim ‘resents’ Kanye for ditching her, and she’s upset that all he’ll do when he’s home is hold the baby, but apparently he refuses to help with the diapers or discuss his ‘feelings’. Okay, I don’t know about the last part, but he should definitely be helping with the diapers and everything else involved in raising a baby. If the rumors are true and Kim really doesn’t have a nanny [which I have a hard time believing], then she’s really struggling with this. Kim’s not used to actual work, and raising a baby is hard work, especially when you’re doing it without the help of your partner.

Again, none of this is very surprising. We always knew Kanye planned to ‘ditch’ Kim, and I think it’s absolutely ridiculous that he’s not taking time off from work to spend time with his new baby. Even the freaking Royal Family took a break to spend time with their newborn son, and you’re telling me Kanye can’t? Puh-lease. He doesn’t want to, simple as that.