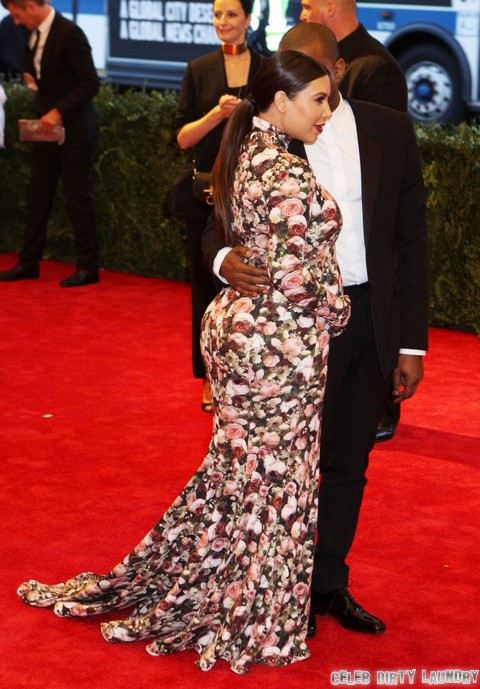 You know, the fact that Kim Kardashian is coming to the MET Gala is already a huge blow against the fashion world. After all, when a reality TV star is attending one of the most prestigious fashion galas in the world, it’s not really ‘prestigious’ anymore, is it? And now, it’s being reported that Kanye West is forcing his ‘good friend’ Anna Wintour to put his baby mama Kim on the cover of Vogue.

Will Anna give into his demands? It’s been reported that she’s spent almost a decade making the likes of Victoria Beckham wait for a Vogue cover. Would she give Kim, who can barely land the cover of a fashion magazine, a spot on the cover of US Vogue? Keep in mind, actresses like Jennifer Lawrence and Amy Adams still haven’t managed to land on the cover of US Vogue. How insulting would it be if Kim Kardashian manages to get it before them?

For this reason, I think there’s absolutely no way that Anna would be going for this. Yes, she’s friends with Kanye, or rather, appreciates his place in the music world and his whimsical fashion sense. Anna likes being friends with powerful people, and Kanye’s definitely at the top of that list in the music industry. But I don’t think there’s any power on Earth that could get her to put Kim K on the cover of US Vogue. And Star Magazine agrees. A source told the mag that Anna thinks Kanye is ‘terrific’, but his girlfriend is the ‘worst thing since socks and sandals.’

Definitely sounds like the Anna we know, doesn’t it? Do you think that Anna would ever put Kim on the cover, especially before the likes of J. Law and Amy Adams? Or do you think an invitation to the Met Gala is enough? Of course after looking like a pregnant sofa at the event and embarrassing Kanye perhaps a Vogue cover is impossible – let’s hope so!

Kim and Kayne at “PUNK: Chaos To Couture” Costume Institute Gala at the MET Museum in New York City, New York on May 6, 2013.