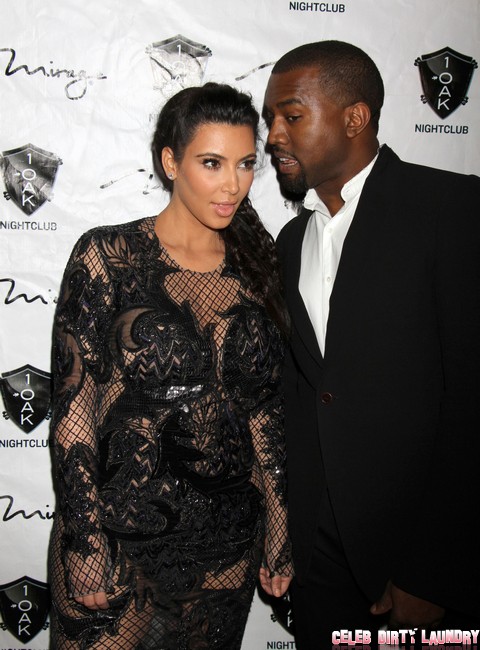 Two days ago, Kanye West announced the not-so-exciting news that he’d knocked up Kim Kardashian, by calling out to his baby mama during a concert. Despite last night’s holiday, we’ve been on Kim patrol, trying to sort out the myths from reality—will there be a TV wedding? Will Kris Jenner force baby to do TV work? Will Kim’s maternity wear be as cheap looking as her non-maternity wear? But the real problem to figure out is Kanye! The rapper isn’t known for his discretion or adherence to any rules—in fact, he’s pretty mercurial! So what happens when the guy who made Taylor Swift cry knocks someone up? Well, when that person is a Kardashian, he loses all sense of self-identity and slowly blends into a nobody.

Take a look at Kris’s husband Bruce Jenner. We all joke that he’s this plastic surgery, whipped, helicopter playing sad man, but the guy is an Olympian. He’s set world records. Athletes still look up to him! He is number 25 on the World Decathlon All Time list—the guy is a big deal. He’s known a lot of personal success, and it didn’t come from a sex tape! But then he married into the Kardashian family and became a waif, just sort of tinkering in the background. No one takes him seriously. It is depressing!

This is the life that Kanye can expect now that he’s knocked up Kim. Let’s not try to make it sound like the two wanted to start a family together. Kim’s pregnancy isn’t going to help her divorce proceedings to Kris Humphries. Kanye never wanted to be tied down to her, and even joked that he’d trade her for a Grammy!

No, if Kim has this baby (and we would never wish any harm on her-especially while pregnant!) Kanye can look forward to a future of being referred to as a has-been. A guy who used to be someone, until his wife eclipsed him. Whether they marry or not, he’ll always be “Kim Kardashian’s Baby Daddy” in the news. He can expect Kris Jenner to take over his social calendar, and can swap out crazy parties with sponsored club openings and world tours for fashion lines.

Think about it: Bruce fell from world hero to old-guy-in-slippers. Kanye has never had the same international respect and acclaim as Bruce—he’ll fall into even deeper obsolete state. But that doesn’t mean it’s a bad thing! In fact, I can’t stand him! This union is a cause for celebration—no more Kanye West! But will he figure out how to claw his way out of the Kardashian chaos, or just slowly sink?