Kanye West will be the Better Parent: Kim Kardashian Ready to Sell Baby’s Life Away! 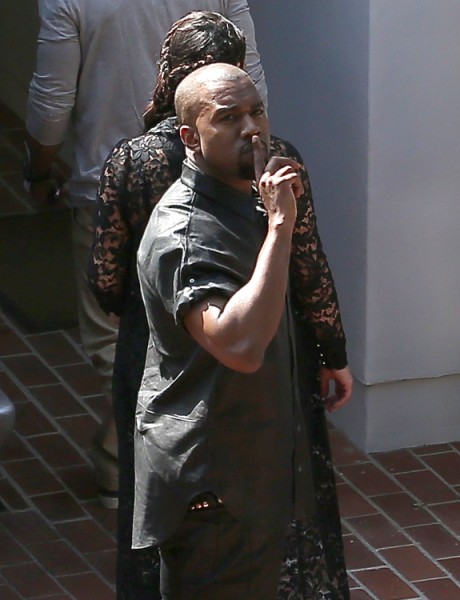 Kanye West is probably one of the most unsupportive fathers-to-be that I’ve ever seen, but at least he seems to care about the kid, unlike Kim Kardashian. If you’ve paid any attention to this couple then you already know that they’re on rocky footing, at best. Kanye spends the bulk of his time in Paris because he absolutely cannot stand Kim. There are major problems dividing the couple and one of them is Kim’s need to sell every bit of her life to the highest bidder.

According to the June 3rd print edition of Life & Style, Kim has arranged for photographers to get a good shot of her pregnant belly and wants to negotiate every special moment that their child will celebrate for the first year of its’ life. Kanye, on the other hand, is absolutely furious with her. He specifically asked her not to exploit their child and to keep it as far from the limelight as possible and really expected that this was the one time Kim would follow his request.

Kim may be carrying the child but Kanye is the one who is protective of it. How ironic is that turn of events? Apparently, Kim’s desperate need for attention is one of the biggest things that is pushing Kanye away. He wants to be respected and fits in with the Hollywood A-list whereas Kim is a media whore that will do anything for 2 minutes of extended fame. She doesn’t fit in his world and he has no desire to try and fit into hers anymore.

I can see it now, fast forward a year and they will have split and Kanye will be fighting Kim for custody and probably even get it! Couldn’t you see that happening? Tell us your thoughts in the comments below!