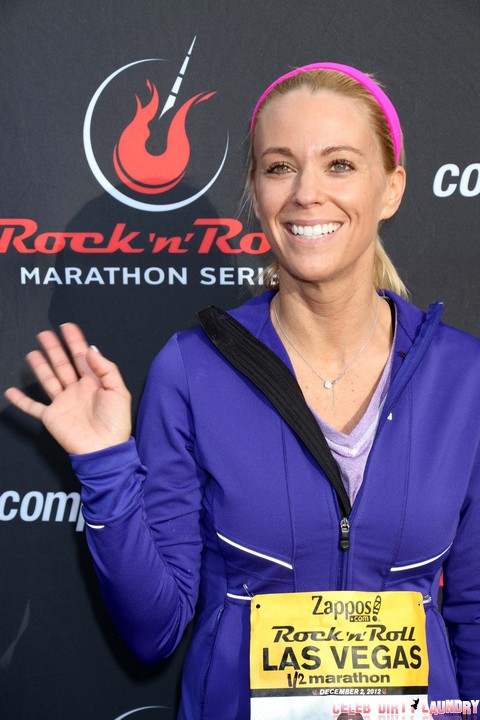 Is there anything worse than a reality television star who uses a national tragedy to try to increase her own profile? At least the Kardashians, whatever else you can say about them, have kept their mouths shut in the face of the Boston marathon bombings yesterday. However, Kate Gosselin, like the fame hungry, attention seeking twat that she is, has announced that she wants to run a marathon for all the victims following the Boston tragedy.

She tweeted, “All I want 2 do today is RUN in honor of those whose lives were 4ever changed bc of the Boston tragedy – hope 2 decrease stress #prayforboston.” Yes, because stress is the biggest problem right now. How dumb do you have to be to suggest a marathon two days after bombings at a marathon? Kate Gosselin running around isn’t going to help anyone affected by the tragedy, but of course – she doesn’t think like that. No, she has a lot of ‘stress’ from the bombings that she wants to get ‘decrease’.

If this had come from anyone else, especially someone who is from Boston, I would have bought it. Coming from Kate, it’s sickening and disgusting to think how far this women would go to increase her own fame. Fans on Twitter agree, and have been bombarding Kate with messages about taking her tweet down. It seems that people all agree on the fact that while it may have been genuine, it was probably not coming from someone like Kate Gosselin. After all, this is a women who decided to get pregnant multiple times with the sole purpose of appearing on a reality show. Would it be surprising for her to attempt to host a marathon in the wake of bombings DURING A MARATHON? She doesn’t understand what she’s suggesting, and she probably thought that everyone would jump up and down at her wonderful idea, and probably write about what a wonderful person she is. Well, your plan’s backfired, Kate. Next time, think before you tweet.