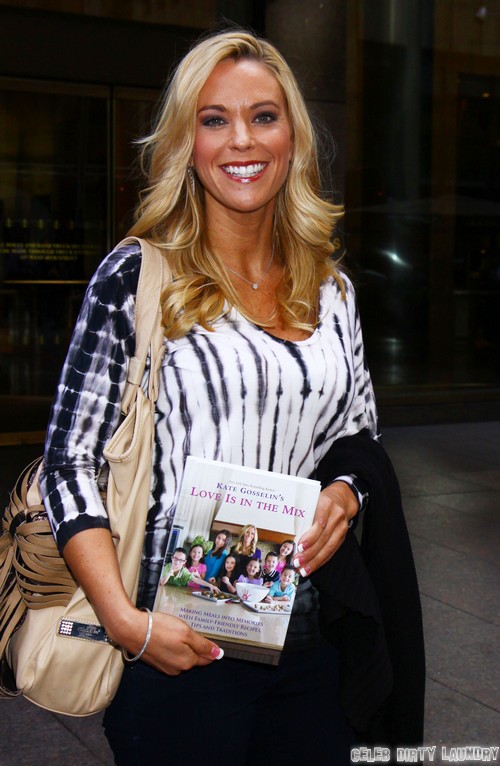 After months and months of promotion, Kate Gosselin‘s new cookbook Love Is In The Mix is finally out.  And how has it fared? Not well.

The book has been ravaged by critics and fans alike, who have deemed it generic, boring, and unhealthy. In addition to that, the book is not doing well on the charts either, and the sales so far have been dismal.

So what does this all mean for Kate? It means that she’s not enough of a media presence or a brand name to sell a cookbook. Even with her incessant Twitter promotion, most of her ‘fans’ had better things to do than to buy a cookbook written by a woman who’s most famous for her reality TV shenanigans. In fact, I don’t understand why Kate doesn’t realize that all of her ‘fans’ come from watching her reality show – and that’s where her brand lies.

Not in cooking, or coupon collecting – but in making a fool out of herself and causing drama. People are not interested in reality television because it mirrors their normal life; they’re interested in it because it creates a voyeuristic feel of looking into someone else’s life, but being entertained by the drama in their life as opposed to your own life.

Sources close to Kate have stated in the past that she was trying to use the cookbook to make a little money, but that’s definitely not going to happen now. Her best bet is to aim for another reality show and somehow convince any network to take a chance on her. If she manages that, she’ll be set. If she doesn’t, we can probably expect to see her in her ex-husband Jon Gosselin‘s position, waiting tables to pay the bills.