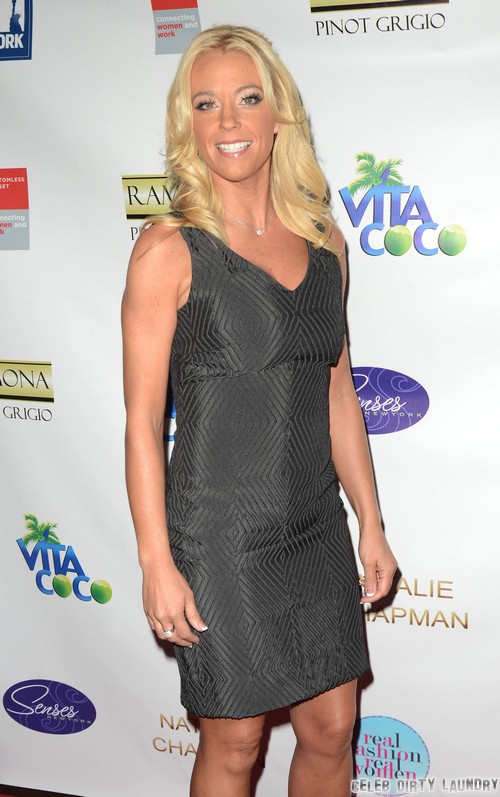 Josh Groban’s single ‘Brave’ has gained an unlikely new fan: Kate Gosselin. For some reason – well, probably many reasons – Kate took to her Twitter to send Josh Groban a message, saying, “Dear @joshgroban – thank you for your song ‘Brave’. Amazing message! I will be, I promise!”

What could she possibly need to be brave about? Well, it’s been a while since Kate’s had her own reality show, and there were plenty of rumors floating around about the state of her financials. She was released from her job at CouponCabin.com in the fall of last year because she was not a ‘good fit’, a.k.a. she didn’t know how to write.

So where’s her source of income coming from right now? Apart from her douche of an ex-husband, of course. Well, that’s the worry. No doubt, she’s making ends meet. I mean, all that reality show money has to last for a while, at least. But there’s also the fact that she’s single-handedly raising eight children, most of whom are in their growing stage and need plenty of attention.

To be very honest, although I hate myself for admitting it, Gosselin’s tweets have gotten so much less offensive in the past few weeks. After making a fool out of herself several times in the last few months, she’s seemed to tone down her famewhoring ways, although she still can’t help but brag a little. However, she’s limited her bragging to being about her kids for the most part, and let’s face it – there’s no mom that doesn’t brag about their kids.

What do you guys think? What could Kate Gosselin need to be ‘brave’ about? Is she really becoming less irritating or am I losing my mind? Let us know in the comments.