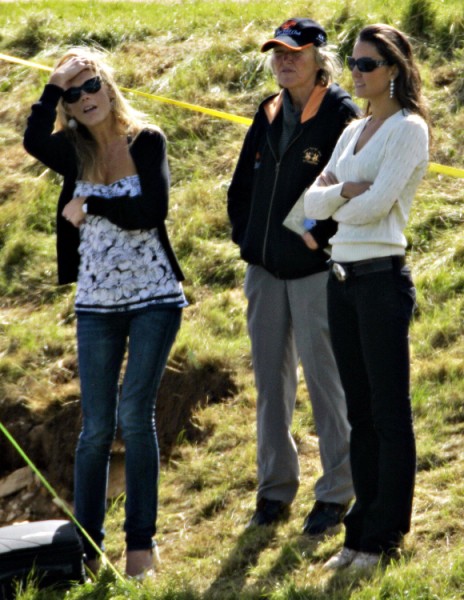 So obviously the tabloids aren’t going to go the friend route with these two. I wouldn’t either. Kate Middleton at war with Prince Harry’s girlfriends always makes for a better story. And before you detail-oriented ones out there bitch at me and point out the pics are of Chelsy Davy, I already know. I have a hard time letting go of her and I have no great pics of Cressida Bonas. And it should be pointed out that it was rumored that Kate didn’t have the best relationship with Chelsy either. Perhaps Kate just doesn’t like sharing Harry and she’s difficult to get along with or Harry and his brother just have a very different taste in women.

I’d go with the latter. Because Kate Middleton has definitely never been controlling or demanding of Prince William (10 year waiting period remember?) and it seems Cressida is just the opposite and it’s causing friction between the ladies. We’ve already reported that Cressida is clearing out Harry’s little black book but she also put Pippa Middleton on the “You Must Avoid” list and Kate is none too pleased. A source told Now magazine: “Kate wasn’t happy when she heard what Cressida said. He [William] told him they were concerned that Cressida‘s walking all over him. Kate knows Harry and Pippa have only ever been friends, but she likes that they have a jokey, flirty relationship and  sees that Harry enjoys it. She  was really upset when she heard Cress was trying to control who he talks to. She’s very protective of her brother-in-law and is worried he’ll get hurt.”

I think Pippa’s a little to busy making out on mountains to give a shit about Harry’s love life right now so if this true, and we all know it probably isn’t, it has more to do with Kate losing one her guys. I’ve actually seen this before. A girl who has been dating a guy for a long time can kind of take over the surrogate mom role for the guy’s friends if they’re all single. The second another girl comes around she can get threatened and act all put out. It’s annoying but it happens. Kate probably is annoyed that Harry is taking time away from her baby to play kissy face with Cress. Or that’s what my imagination tells me. None of this is based on any sort of fact anyway!