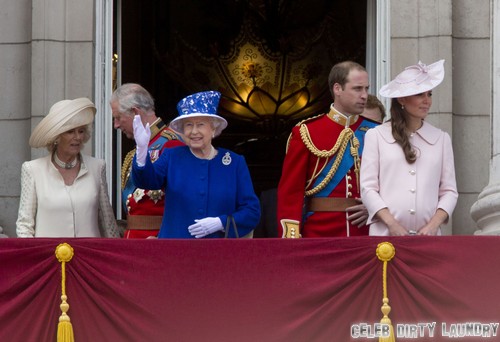 The world continues to eagerly await the birth of the Royal baby version of Boy George. The golden girly boy won’t want for anything, accept privacy and makeup. While the gorgeous Kate Middleton can’t wait to repeat her size double zero skirt sets, Prince William just misses when she used to get drunk and party hard with Prince Harry and Pippa ‘3rd Wheel’ Middleton.

Prince Charles is feeling like a geezer now that he’s becoming a grandpa, but the Prince appeared old long ago. He had an old persona even when he was two. He’s such a great father, he decided to give his son, William, those young, but mature looks. Since Camilla Parker-Bowles is not a blood relative, don’t expect the royal baby to have a wicked attitude or dry wrinkles. Please don’t expect the Middleton family to stop eating pork and drinking moonshine, remember Kate is from a normal family. Don’t expect Prince Harry to be pressured into marriage, or any serious relationships. The baby won’t convince him to sober up at all. Do know that Kate will get pregnant again very soon despite her nosy in-laws. Hope that she does not name HIM “Diana”.

The world can’t wait to love, embrace, admire, and ridicule this precious heir. We pray for the safe uncomplicated arrival of the royal fruit. Let’s hope the new parents’ happiness withstand the heavy beam of the Hollywood spotlight, and the new addition of the mini version of Kate Middleton with Prince Williams’ invisible hairline.