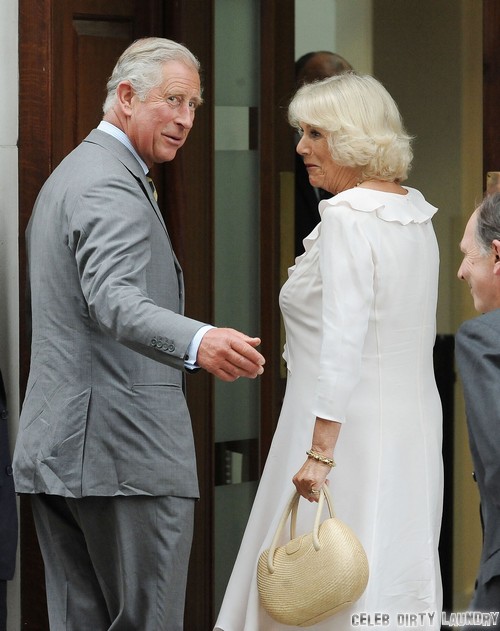 Every family seems to have that one wild card member that shows up to family functions and destroys everything. At best you end up on eggshells hoping for the best while anticipating bad behavior. The royal family is absolutely no different than the rest of us and Camilla Parker-Bowles is THAT relative that everyone simply tolerates, at best. She tries to bully people into respecting her but it never really works and that approach just leaves her more hated than before.

We previously told you that Queen Elizabeth banned Camilla from being anywhere near Kate Middleton and Prince George after her brief introduction to the baby at St. Mary’s Hospital. It’s a situation that is only fanning Camilla’s already built-in rage. She has been on yet another alcoholic bender since Prince George’s birth because his arrival has all but made Prince William a lock for the next King of England. Camilla is furious with everyone including her husband, Prince Charles who simply refuses to stand up to his mother ever.

Camilla wants Charles to fight for the throne but aside from never defying his mother, he also has no true desire to be king so seeing William ascend the throne is fine with him. Camilla is a mess because she fears her dream of being queen is now a long shot at best and she can’t even get near Kate or the baby – both of whom she passionately envies.

Charles is said to be ignoring his wife’s tirades and no one else is paying much attention to Camilla either so she is left to just stew in a mix of gin and rage. It’s probably a good thing she isn’t allowed near Prince George. I certainly wouldn’t want her handling my baby, would you want her anywhere near yours? Tell us your thoughts in the comments below!