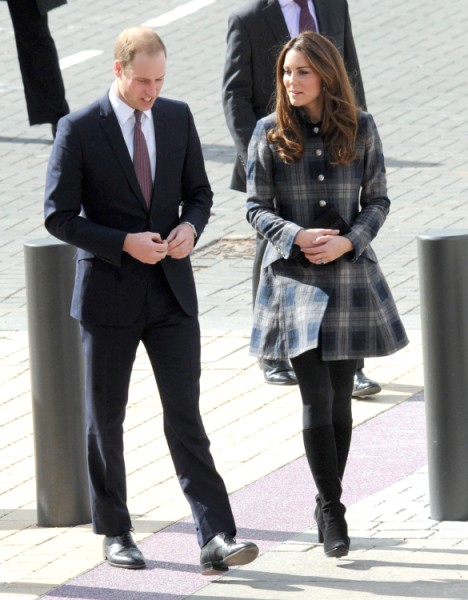 Oh, it’s the season for weddings and Kate Middleton and Prince William are no different than the rest of us thirty-somethings. Everyone seems to be walking down the aisle and the royal couple have a serious dilemma next weekend. The Cambridges have been invited to four society weddings and have to pick one. Now, if you’re Pippa Middleton you just get your ass to the mall and pick out four outfits to wear and try to make an appearance at each but I have my doubts Kate and Wills will scurry all over town trying not to hurt any feelings. The Daily Mail says they’ll most likely attend one wedding and Kate has her eyes set on an old fling.

Kate Middleton’s ex-boyfriend, Rupert Finch, is making it official with Beulah designer Natasha Rufus and it’s been said Kate is lobbying to go. William, on the other hand, would rather hit up a close friend’s wedding in Wiltshire. The other people getting married have really long names and super silly titles and I don’t feel like copying and pasting all that nonsense down. Suffice it to say lawyer, Rupert Finch is the least important (society-wise) out of the bunch. I doubt William has any hard feelings over the fact that Rupert used to hit it with her girl though. He was invited to the royal wedding after all so everyone is still friendly. And it’s not like Kate hasn’t had to put up with the specters of his past. Perhaps Kate and Will will split up for the weekend. It wouldn’t be the first time. Kate has been to weddings by herself. And then they can send Pippa to the weddings they can’t get to. That should make everyone happy enough. I just read something about Pippa and all her weddings that was actually super hilarious and slightly disturbing. Apparently she never misses one and the media thinks people only invite her because she brings publicity. Brides know their weddings will make the tabloids if Pippa’s present because she brings the photographers. The brides might even tip the photographers off about Pippa’s appearance. Isn’t that crazy? What bride wants someone else to be the highlight of their wedding? I guess these chicks will do anything to have their dresses on the side column of the Daily Mail….