Kate Middleton Loves Kim Kardashian, Obsessed with Keeping Up With The Kardashians 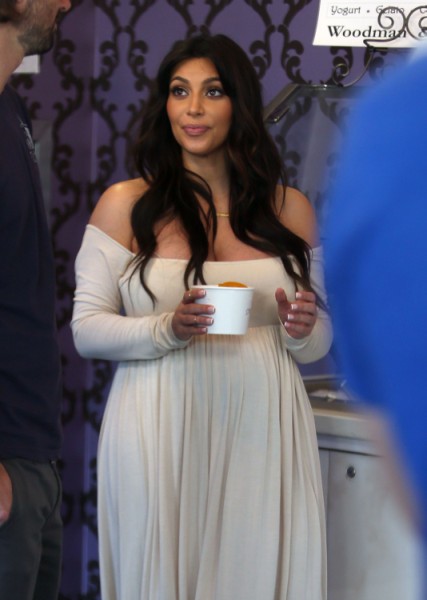 I’m not gonna lie, I was seeing red for a few minutes after reading this story. But then I realized we all have guilty pleasures. Why not Kate Middleton? Keeping Up with the Kardashians is trash but it’s harmless trash – that is if you think exposing a generation of young, impressionable girls to rich, vapid, highly successful while not being well-educated women who crave attention, celebrity and beauty over anything of substance harmless. But hey, if it’s good enough for the DoC….

So the Kate Middleton/Kim Kardashian BFF thing might happen after all. Apparently Kate thinks very highly of the sex tape reality star and has been catching up on re-runs of the show ever since Kim started name-dropping Kate around town.

“Ever since Kim started mentioning Kate a lot in public,” a source told the Daily Star, “The Princess has started watching Keeping Up With The Kardashians religiously. She thinks the family are hilarious. People forget that Kate is just a normal girl, who married into royalty, and enjoys the same trashy TV shows most people do. She finds it relaxing, and is flattered Kim keeps speaking so highly of her.”

Now, this is the only part that really annoys me. Kate needs validation from Kim? It helps her feel all warm and fuzzy inside? Biotches please. If I ever believed something that stupid then Kate and I would have a serious falling out (that’s not true. We will be make believe friends FOREVER).

But I’m going to continue to defend because I don’t know what else to do here. Who among us has not been too lazy to change the channel when Keeping Up with the Kardashians was on? Who among us has not hung on an extra few minutes hoping for Khloe to show up on screen? Who among us can cast that first stone? Not I… not I. So it’s cool Kate. Have your fun. De-stress on the couch. Laugh at them. But never, ever, dear God ever, laugh with them.