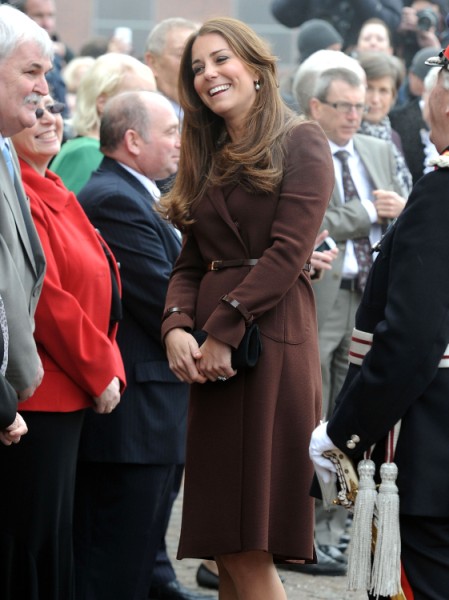 Did good ‘ole Uncle Gary finally get the memo to shut his trap? He’s the first member of Kate Middleton’s immediate family to capitalize on her name and make money off of her while selling an interview. Earlier this month he gabbed to Hello magazine about Kate’s royal work ethic and the fact that he can’t wait to take care of the little heir. But now some more interesting news has been released. Kate Middleton’s uncle, Gary Goldsmith, just hired former News of the World editor, Phil Hall, to rebuild his image. Is Uncle Gary ready to get down with the royals? Is his move back to London including a move into the big house’s good graces?

I do not get this dude. He’s worth millions. He’s partied with the best of them. His great niece/nephew will one day rule England. Why does he want a PR cleansing now? And was a Hello interview the best way to turn the tides? FYI – Phil Hall is the editor of Hello magazine. What does Uncle Gary want? Is he taking these steps because Kate told some family members to shape up or ship out? I would imagine Carole Middleton has passed that message along. But this is Uncle Gary! Those words of caution fall on deaf ears! This is the dude who got caught sniffing coke and bragging about prostitutes in Ibiza. This is the dude who just said Pippa Middleton’s pissed about her public image. This is the dude that talks – a lot – and he loves the attention.

Side story: Apparently there’s this tidbit that Gary gave an interview saying William was over for dinner one time at the Middletons’ and he made everyone awkward when he talked about Kate’s hot body at the table. I don’t know specifics but I’m DYING! What the hell did he talk about? How does that come up? If you make Uncle Gary awkward then something’s wrong!

Anyway, so along with putting his Ibiza mansion,  La Maison De Bang Bang, up for sale, Uncle Gary is looking for a major whitewash. But I’m stumped. What’s the angle? What does he want? Are the Middletons making him settle down? Does he want some love from the palace? What gives? What is Kate Middleton’s uncle up to and does she have anything to do with it?