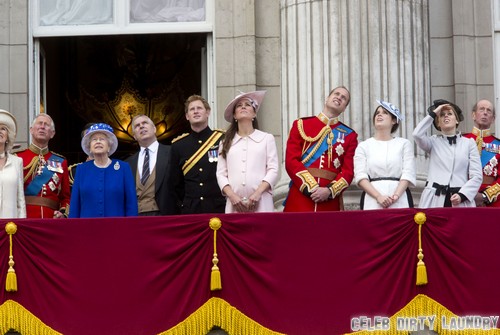 According to a new report from The Guardian, Kate Middleton‘s name has appeared in a handwritten note by Glenn Mulcaire, the P.I. who was in charge of hacking the phones of various celebrities and high-profile figures during the News of the World scandal.

While it wasn’t ever publicly successful, this report proves that the News of the World tried their best to try to dig up dirt on the future princess of England, and imagine if they had succeeded. I’m sure there are skeletons in her closet that Kate doesn’t want coming out, but the extent to which the hackers went was despicable and disgusting. No doubt, if they had succeeded, the retaliation would have been far swifter than it was with just celebrities involved.

Apparently, Kate’s name was under a list titled ‘Target Evaluation’, which was likely a list compiled of people that Mulcaire wanted to get access on but couldn’t quite manage it. Of course, he was arrested in 2006 and it was already too late at the time. He was charged with hacking the phones of various members of the royal family, and along with the News of the World’s editor Clive Goodman, he pleaded guilty to the charges.

Of course, even if Kate’s phone wasn’t hacked, that’s not to say that people close to the royal family weren’t hacked. An article appeared in November of 2006 in The News of the World which revealed the details of Prince William borrowing a portable editing suite from an ITV Royal Correspondent Tom Bradby. Bradby later revealed that he was shocked to find the details of their meeting laid out in the News of the World article, and couldn’t understand how the information had leaked considering they had only discussed it via their phones.

Alas, the phone hacking scandal rocked the country and had wider repercussions than just a lawsuit. The controversy has finally died down, but that doesn’t mean that new information about it won’t be released every once in a while. It’s truly chilling to know the extent that some people will go to get a scoop. Luckily for Kate, they never managed to hack into her phone – if they had, there’s no telling what kind of texts would have been released, especially if you believe the whole story about Kate manipulating Will into marrying her.