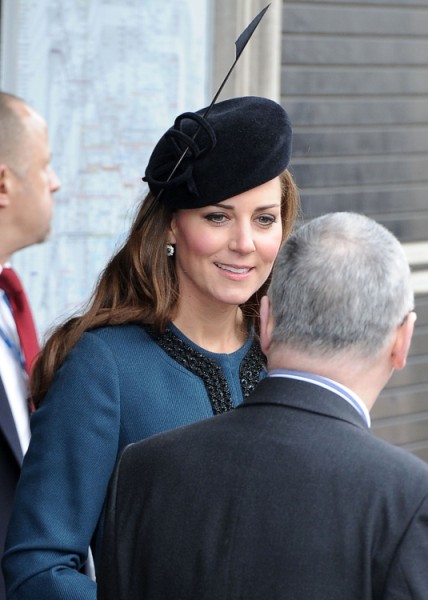 I know, this sounds far-fetched but hear me out. Even I’m a little surprised by what I read this morning. Former Labor deputy Prime Minister Lord Prescott said that Queen Elizabeth’s health is up in the air because she’s been overburdening herself with all of the extra work she’s taken on over the past few years. He also said that she confided in him and said she’s unsure about her health and the doctors really are at a lost of what to tell her. You’ll remember she was just in the hospital for some stomach issues and even canceled a string of appointments after she was released. It was the first time she had done that in years.

The Queen is 86 which sounds old as hell but not for a Windsor. Her mother lived to be over 100. Prince Philip’s in his 90s but he ain’t looking so hot lately either. Anyway, the point is that Lord Prescott was making a plea for the Queen to relax or abdicate but the notion of her doing either is ridiculous. That woman takes her job seriously and she’s already stated it’s a job for life. Former Pope Benedict might not understand that idea but Liz certainly does. She’s reign until she dies.

This all wouldn’t be such a huge deal if she got more help around the house, right? Camilla and Charles genuinely do their part. The only problem is no one really wants to see them. The lesser royals are hungry for attention but Charles is against giving them a greater share of the workload. That leaves Kate Middleton, Prince William and Prince Harry. When he keeps his clothes on Harry does his part and does it well. But the fact that Kate Middleton’s charities and workload have picked up lately is telling especially since she even went out with the Queen again. Remember, nothing is coincidental with these people. Kate and William had a royal talking down. The Queen has been incredibly lenient with them so far but I doubt it will continue after this recent health scare. They need to start picking up the load. I actually think William will bitch about it more than Kate. If we know anything about the Duchess it’s that she’s more than willing to please and pay her way.

So will we see more of that royal baby now? My guess is yes. Initially William and Kate were supposed to have a few more years to relax and nest to raise their children before full-blown spotlight. Has that offer been taken off the table?