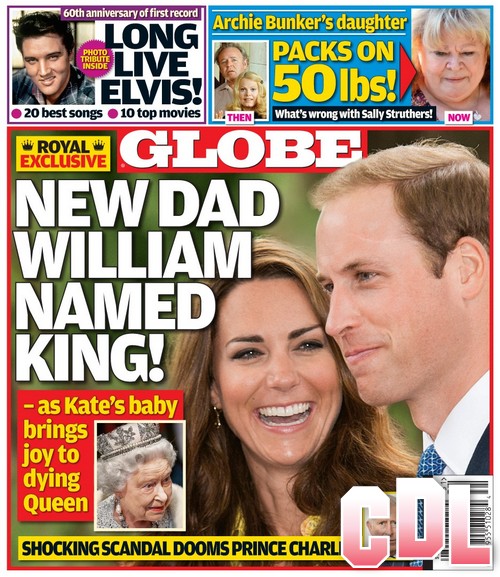 Remember a few months ago when we told you that Camilla Parker-Bowles was threatening to drop serious details on Prince Charles’ gay lovers if he was not ensured his spot on the throne as the next king? Well it looks like Queen Elizabeth may not allow Camilla to bully her into any decisions at all! Prince Charles was once a popular fixture in Britain but over the last 20 years his popularity has crumbled as has his common sense. Instead of focusing on serious issues he has been known to send rambling letters about nonsense and is clearly not in touch with the needs of the commoners. Then there’s the fact that he married his mistress of 3 decades. Making Camilla his wife didn’t right any of the moral wrongs that he committed against the beloved Princess Diana, dropping Charles’ respect level even further.

Furthermore, Elizabeth hates Camilla and dreads the thought that she would be Charles’ Queen.  Besides being a scheming adulteress, Cam has a reputation as a nasty drunk.  GLOBE reported recently how cruel Camilla made Kate cry, just before her delivery, by promising her that once she gave birth William would cheat on her just like his father did on Diana.

According to the August 5th print edition of GLOBE magazine, Prince William may indeed be bypassing his father to sit atop the throne! It was reported by the outlet months ago that Queen Elizabeth truly wants Prince William and Kate Middleton to rule Britain because they are respected and have a good handle on the needs of the people. She supposedly promised William that he would be King if he and Kate produced an heir and that obviously happened earlier this week! For a while it seemed as though Camilla’s threats may have pushed the Queen’s decision back a bit in Charles’ favor – but that was short term and destroyed once Kate gave birth. Elizabeth has been a power house and she loves her country so it is believable to think that she might be willing to sacrifice Charles’ feelings and future for the greater good. After all, he made his own bed right?

Also in the latest issue of GLOBE you’ll find a photo tribute to Elvis’s first record! Take a look back at the legend’s top songs and films as only GLOBE can offer it.

GLOBE also has horrifying pictures of Sally Struthers looking like the fat lady at a circus.  Allegedly Archie Bunker’s formerly cute daughter has put on another 50 pounds!  What’s wrong with the All In The Family star, is planning to audition for The Biggest Loser, Celebrity Edition?

There will be tons of coverage of the royal birth at the newsstands this week but the August 5th print edition of GLOBE ultimately stands out! Not only does GLOBE cover every detail of the royal birth but they alone have the inside Palace sources that provide us with a true picture of what’s really going on. Only GLOBE explains how  William becoming King instead of the bumbling Prince Charles may now be possible! GLOBE has all of the competition beat so grab yourself a copy now!  I know that once I get my copy I’ll be able to provide our Celeb Dirty Laundry readers with  amazing details on all the latest Palace intrigue.