Kate Middleton and Prince George Dumped By Prince William To Play Polo With Prince Harry – Charles and Diana All Over Again? 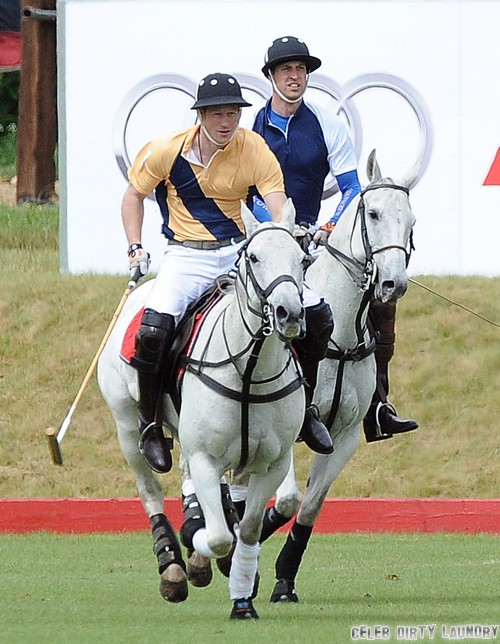 Prince William and Prince Harry couldn’t stay away from the polo fields this weekend. But if I recall wasn’t Prince William suppose to help his wife, Kate Middleton with their newborn, Prince George, during his paternity leave. The very same leave that ends this Monday. Nevertheless, William dumped Kate to play at the Audi Polo Challenge at Cowarth Polo Club today, August 3.

Don’t get me wrong there’s nothing wrong with dads needing a break and yet I wasn’t the man proclaiming to be all super modern and promising to be a hands on dad. As matter of fact it was the DailyMail that said the Middleton Family will be the one to help make Prince William a great dad. Well I guess nature overruled their nurture because Will is pulling the same moves that Prince Charles made on Princess Diana. Charles used Di to produce an heir and a spare while he lived the bachelor life and cheated incessantly with Camilla Parker-Bowles. So much for the Middleton family values. 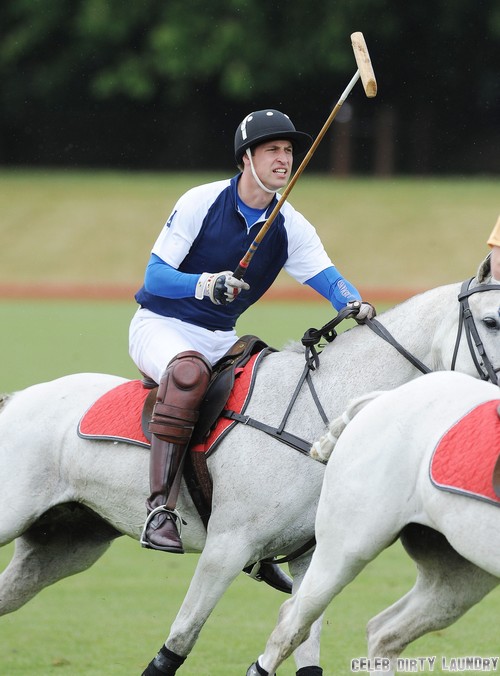 At first they proclaimed they didn’t need any staff. They brought along a maid to travel to the Middleton family home. Then they said Kate will be with her family for like six weeks and that was shortened after they started to get backlash for moving there when the baby was 3 days old. Now they’ll be moving into the same house where they had to oust the previous tenant. I hate say it but the royal couple might really ruin the PR boost they got from little Georgie.

How dumb can you be is all I can ask. They’re supposed to be new and modern and then they pull stunts that are so medieval its hilarious. Do they really need to be told to think of others? There I was thinking they would become adults overnight. Boy was I wrong.

William go home with to your wife and son. Play-act at being a loving and doting man. At least for a little while or else Queen Elizabeth will start to rethink handing you any throne. Everyone asks her to skip Charles for you when what she should really do is skip you for Harry. Yeah I said it.