Kate Middleton’s Secret Plan to Destroy and Get Rid of Cressida Bonas? (Photos) 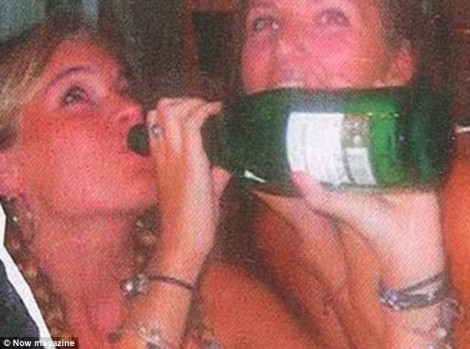 This week several sexy photos of Cressida Bonas were unleashed. To anyone else it would be a typical night for a woman in her twenties however some sources have used the photos to try and discredit Harry’s young girlfriend. When I say young I mean she’s only 24 now and these pictures look old. Yet someone has dredged them up in order to basically say Harry should dump her. There’s only one group with both a direct line to the Daily Mail and a grudge against Cressida; its the Middleton Family, especially Kate Middleton.

The Daily Mail is infamous for building up the Middleton Family and being their PR team but this time they went too far. Other entertainment sources have come out to defend Cressida. Such as The Daily Beast and The London Times. They blast the Daily Mail for its blatant intent of doing a “hatchet” job.  What was in the original article? Well, they implied Cressida is part of the idle rich. How she’s from a broken family. Then finally, as the worst offense, they called Fergie 2.0.

They also mentioned Kate and how she was the perfect example of a royal wife. Which is incredible funny if you forget how people are growing increasing angry with the lazy Duchess of Cambridge. The same duchess that said she would be working till mid-June but has most likely scheduled her last work day for June 4 – and what work exactly does she do – smile for the camera and then get back into the limo for more shopping.

Was Kate Middleton and Co. behind the Daily Mail’s hatchet job on Cressida Bonas? Who knows but it seems the perfect way for people to forget all about Kate’s shopping. This photo false alarm coincides with their reports of Harry and Cressida’s relationship cooling down. With her life pushed into the headlines does anyone expect Cressida to stick around? I was hoping she would but unless she can be the bigger bitch, its best to not to confront Kate.

I really hope this won’t become a pattern for the Duchess. People may start asking questions about why she wants her brother-in-law single.