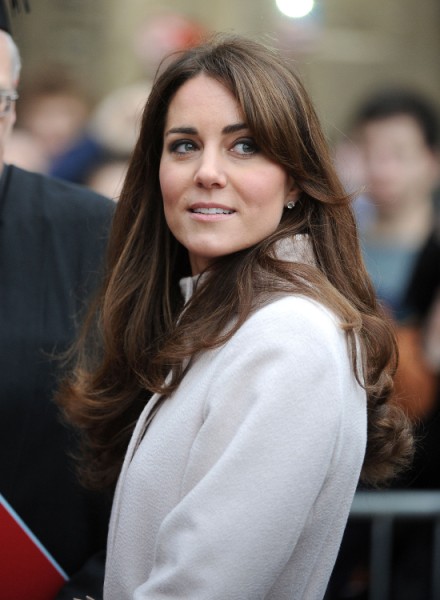 Kate Middleton can pretty much do whatever she wants right now. You want to go on another vacation with your family? Why not? You don’t want to work? Why bother? You want to sit around all day doing pilates and yoga? Sounds awesome! She’s got the little heir to thank along with her nasty nausea (which seems to come and go depending on her mood). But does she also have Princess Diana’s epic royal breakdown to thank as well?

I definitely think so. Kate Middleton’s pregnancy is reaping the benefits of Diana’s quest to make the royal family yank its head out of its ass and realize how shitty it treated newcomers. Diana was the first to tell you how lonely she was at the beginning of her marriage and how that put a strain on her health and her sanity. She didn’t have the option to have her mother as a nanny. She didn’t have a doting husband hell bent on safeguarding her privacy. Kate has all those things and more. It’s coming out that Queen Elizabeth is one of Kate’s number one supporters. Kate’s apparently so freaked out over the early stages of her pregnancy that the Queen basically told her to relax and not worry about working any time soon. Done and done Ma’am.

Liz is even doling out health advice and sent over some homemade chutney from her estate since Kate Middleton’s diet is still sparse from her shrunken stomach. She’s now able to get down avocados, berries, broccoli, oatmeal, and vegetable smoothies which seems like she’s eating more than ever before!

She is one lucky biotch. Truly. But time will tell if she can measure up to Diana’s strength even with all of this support. If anything, watching Kate’s easy segue into the royal family gives me a greater appreciation of Diana’s will. Can you imagine how shitty it must have been for the horrible young and naive Diana while she was breaking all kinds of royal traditions herself? Her hands-on mothering, charity work and desire for William and Harry to experience normal things like McDonalds and water parks were frowned on by the establishment but she did it anyway. Elizabeth was definitely not rolling out the chutney then, was she?

So, do you expect more from Kate?  Has she disappointed you so far with her reluctance to strike out and really do some good?