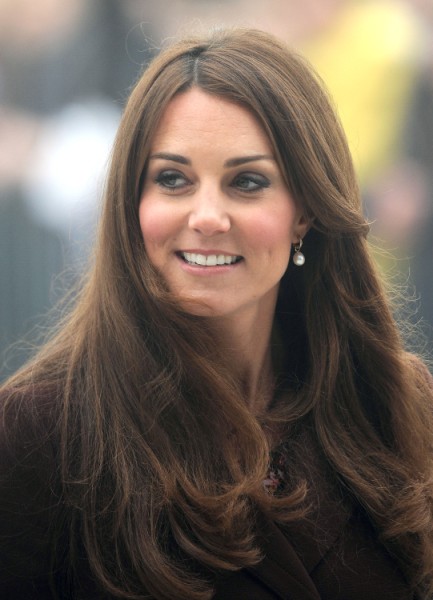 Even the most glamorous girl in the world has her insecurities. Who are we kidding? Kate Middleton’s insecurities are probably miles long but it’s always fun, and helps me feel better about myself most days, to zero in on hers.

It’s the cheeks, dear God, the cheeks! They are adorable and youthful and sweet but can be a skinny girl’s worst nightmare and are causing a whole bunch of trouble between Kate and Prince William.

Apparently Will thought it would be fun to call Kate Middleton “chipmunk cheeks” as a term of endearment. He thought it would be HILARIOUS to refer to a chick who won’t let herself be seen in anything larger than a size 0 or an over-sized coat as a animal that hoards food with its ginormous mouth. Nice. Smooth.

Obviously Kate wasn’t a fan. She freaked according to Showbiz Spy. “Kate was so upset! She actually got teary and sobbed: ‘Are you saying my cheeks are fat? Because I’M getting fat?’”

Haha, ya biotch. It is because you’re getting fat because you’re PREGNANT. Apparently William had to grovel and send flowers for her to eventually forgive him. I’m sure there’s a drill for this sort of thing since we all know this wasn’t the first time he’s had to apologize for something.

I love this story. I don’t even care if it’s the product of someone’s imagination. I’ve always believed it was the cheeks for Kate Middleton. Fat can be handled. Weight can be lost. But for girls with round faces there’s just very little that can be done to get those Victoria Beckham razor sharp cheekbones. I know. Trust. Kate can row her hips away to nothing but the cheeks will be there to stay. They’re the last to leave and the first to plump up after a weekend food fest. Again, that’s actually a  good thing in the long run. They are adorable and youthful and sweet but Kate’s almost seven months pregnant. I’m sure the last thing she wants is William pointing out her cheeks. I don’t care how happy you are to be pregnant, insecurities are insecurities. It would piss me off too!