Kate Middleton’s Baby To Be Born On Princess Diana’s Birthday, Too Good To Be True? 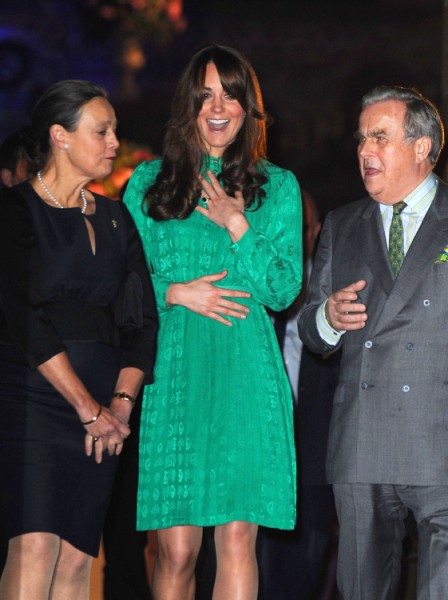 If I had one wish… I probably wouldn’t wish for this BUT, if I had a throwaway wish, it would be close. Because it’s too good, right? It’s too obvious but too good at the same time. Princess Diana will not take a backseat even to her first grandchild! I love it. And even if that baby is not born exactly on Princess Diana’s birthday (July 1), like some are speculating it will, if it’s around that time we can still probably expect another Princess Diana, right? I know Victoria is the front runner in a lot of circles but, come on! When the Gods gift you something like this you have to go for it. Don’t pretend like Prince William’s not looking for any excuse to name his baby Diana or Daniel.

It could be worse. Kate Middleton’s baby could end of sharing its birthday with Kim Kardashian’s baby. That’s another big one the bookies are betting on. Right now the odds are 50/1. I can’t decide who would benefit from this coincidence the most if both women went into labor at the same time. Labor (ha!), I mean planned C-sections. You’ve got to bet that Kim wants it bad. To have her kid born the same day as royalty is like hitting the jackpot for her. Too bad it wouldn’t happen in the same city but you’ve got to think Kim will deliver in LA and Kate will stay in London so even if they do go on the same day the media pressure will be the same. It’s natural for me to think Kate Middleton’s little bundle will get more attention than Kim’s for the simple fact that it’s royalty and the family won’t court the attention. Kanye, on the other hand, will probably walk out of the hospital with the naked baby held over his head like the opening scene of The Lion King. That would be beyond awesome. However, I ALWAYS fail to realize how much people LOVE their Kardashians. Even the overkill never satiates. Kim’s baby will have its own Tumblr page, have its picture tweeted by each of her hundreds of family members, and still get papped when Kim calls the paparazzi each day to inform the photogs where they’ll be. And still that won’t be enough. Maybe Kate should become friends with Kim. She should invite her to move to London and famewhore around town. Kate might just have a chance at some anonymity. If not, she can always hang in her new ultra private pool until the heat dies down in a good 18 years.

Would you like to see the little royal born on Princess Diana’s birthday or should it start the world with its own identity? How do you think the world will react if Kate and Kim go into labor at the same time? Will heads burst from the amazingness?