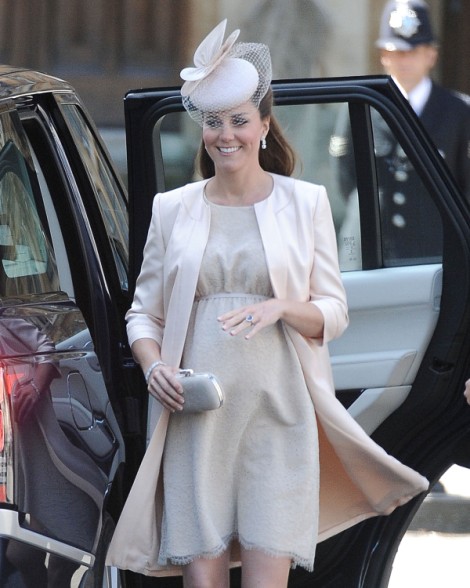 Just leave it to those Canadians to start all the trouble! Kate Middleton’s daughter’s right to the throne isn’t as surefire as it seemed a few months ago. You’ll remember that there’s been this bid to change the Law of Succession before Kate and Prince William deliver their first kid in case it just so happens to be a girl. The old law stated that a first born girl would get bumped in line if a brother came after her. The new law throws all that in the garbage as well as states other stuff about Catholics which is all pretty boring and old-fashioned. This was all brought into law in Britain in April but will not come into force unless all 16 commonwealth realms agree to the same changes. It seemed to be a slam dunk until Canadian professors, Genevieve Motard and Patrick Taillon lodged a formal complaint on Friday.

They’re bitching that the Canadian government acted unconstitutionally by ­failing to seek the approval of each of the ­country’s 10 provinces before agreeing to the changes. So this could tie things up for awhile. I’m not sure what that really entails or how much this really affects anything. Timing really isn’t a major concern since that kid’s ass won’t be on the high chair for a long, long time.

And I’m pretty sure it’s a boy anyway so this whole conversation might be moot for this generation at least. Did you catch the latest Kate Middleton baby boy clues? She was spotted out shopping (surprise surprise) a few days ago for nursery linens. The Bernard Thorp store in Chelsea was decked out in wall to wall blues but the Duchess left with brown and cream fabrics sources said. Brown and cream seem pretty masculine to me… it will go well with that blue buggy she bought. I’m telling ya… little Prince Philip will arrive any day now.