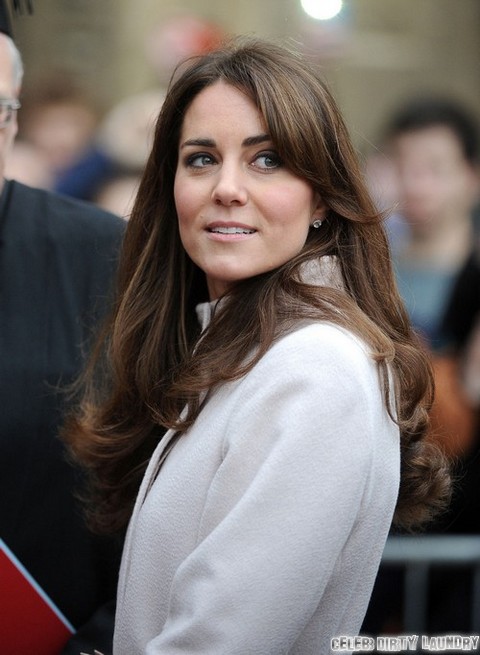 Everyone has their idea of what a personal hero looks like. Perhaps the person has handled adversity well or accomplished something once believed to be impossible. We all have our own reasons to put someone onto a bit of a pedestal and those in the public eye do exactly the same.  Even Kate Middleton has to have people that she looks to as an example of how to carry yourself well while married to a powerful man. The March 11th print edition of the GLOBE says that one of those women is actually none other than Hillary Clinton.

According to the mag back in December when Hillary suffered a horrible fall that led to a concussion the Duchess actually reached out to her via a handwritten letter. Kate explained to the former U.S. Secretary of State that she has been an utter inspiration to her.  She has always set a good example of how to carry herself with her head held high no matter what family crisis (usually created by husband Bill Clinton) exploded in her lap.

Apparently the ladies bonded and Kate shared with her some inner feelings on dealing with the constant persecution from Camilla Parker-Bowles.  The ladies got along so well that they are actually looking forward to some secret face time in the near future. Not only Hillary, but also Chelsea Clinton has also been included in the plans.  Hillary showed her daughter the letter and in it Kate had expressed an interest in meeting Chelsea as well. She views her as a young woman her age that has also learned to handle the media’s glaring eye very well.

Are Kate and Hillary an unlikely pairing or does it actually make sense that this modern Royal would be look for strong women to align herself with? Tell us your thoughts in the comments below!