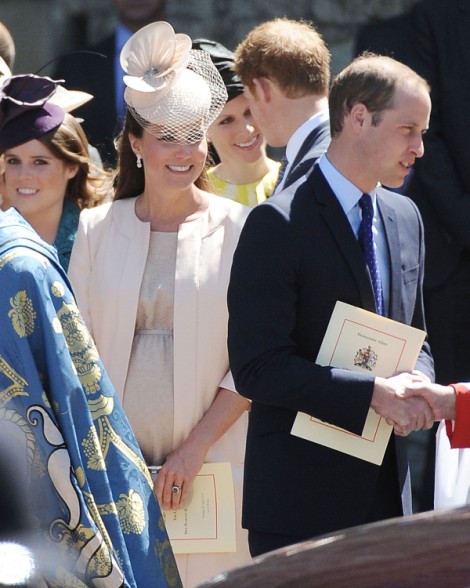 Kate Middleton’s uncle has been so chatty lately. Why haven’t the Middletons been able to put a muzzle on him yet? True, he’s not saying that much but anything is more than the palace likes (just ask good old Pippa). But Gary Goldsmith will not be held down! He absolutely must restore his image and he’s using his love (cough, cough) for Kate Middleton and Prince William to do it.

He told The Sun that he has the most hilarious baby gift for the new couple. It’s not really that funny but maybe that’s because I know nothing about soccer let alone European teams. Apparently Prince William is a die hard Aston Villa fan so he’s going to buy the baby Chelsea shares in the hopes that it becomes a Chelsea fanatic like him. Whatever. I guess I get it. My husband and I are huge Indiana Basketball fans since we went to school there. If someone sent my kid a Purdue or Kentucky jersey I wouldn’t think it was hilarious though. I’d be pissed. But I suppose that’s the whole point. Thank God for Uncle G – always rustling those royal feathers with his coke busts and scandalous interviews!

But who cares about Kate Middleton’s baby right now? Let’s talk about Pippa Middleton’s ass and how her boyfriend likes to grope it in public. Have you seen the pics? The couple was caught making out this weekend in the middle of the street after playing tennis together. The Daily Mail has the pics. Their hands are all over each other’s asses. Must be love, no? For Pippa to give up the Middleton control to show that kind of affection in public is quite a turn. Nico Jackson must be sweeping her off her feet. She said no to a wedding this summer but I’d be very surprised if we didn’t have one by next. I’m excited! Not so much because of the wedding but because Nico might be the guy to pull the stick out of Pippa’s ass and that’s good for gossip!