Kate Upton And Maksim Chmerkovskiy Break Up for Christmas 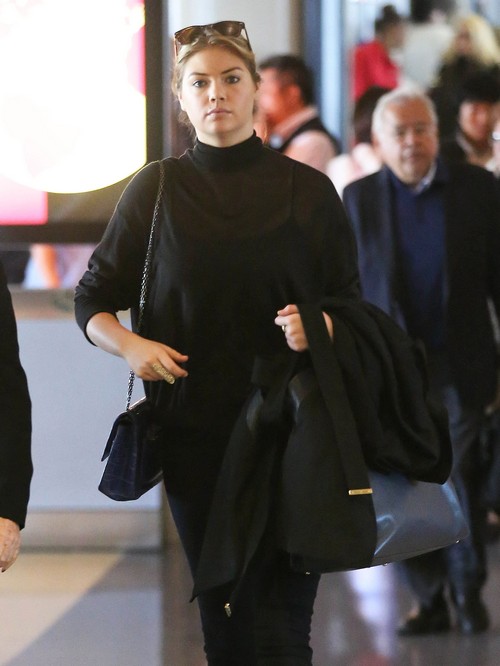 Kate Upton and Maksim Chmerkovskiy have broken up  for Christmas which is not that surprising but I would have thought they’d last a tad bit longer.

Anyway, US Weekly confirms that the model and Dancing with the Stars star decided to break up due to ‘distance‘ and their ‘busy schedules‘. It was assumed a while back that Maksim and Kate were moving into an apartment in NYC together, but it looks like that didn’t pan out – and it’s not hard to figure out why. While Maksim may be based in one place for most of the year, Kate’s modeling career would constantly be taking her around the world, and it’s possible that insecurity played a part in the inevitable breakup.

Kate and Maksim were first seen together over the summer, even though both of them denied being in relationships at the time. But they decided to go public in September, when they were both photographed holding hands. They were supposedly getting serious very quickly, which is where the moving in rumors came from. Sources had claimed that Kate had met Maksim’s family, but soon after, their relationship stated going downhill. They barely spent time with each other, what with Maksim’s busy DWTS schedule and Kate’s rigorous modeling and promotional schedule. There were also rumors that Kate was cheating on Maksim, and that might have led to additional arguments.

What do you guys think? Are you surprised that Kate and Maksim have broken up so quickly? Did any of you expect them to last longer than six months? Let us know your thoughts in the comments.