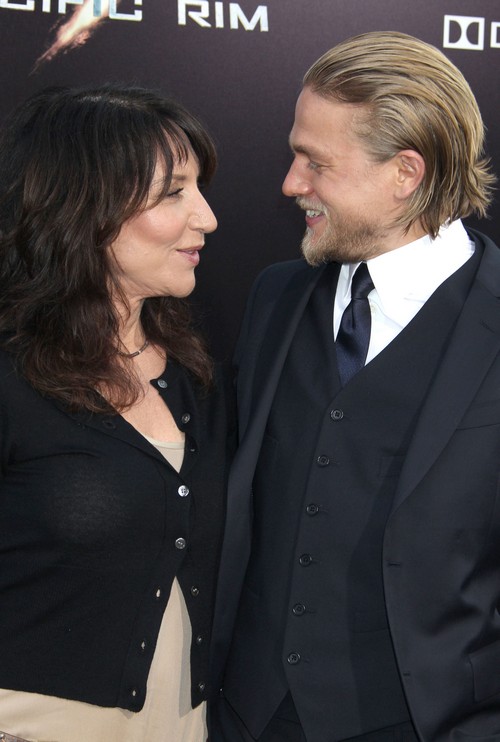 Sons of Anarchy star Charlie Hunnam is used to the attention that he garners from being a working actor but absolutely nothing could have prepared him for the attention that came from just accepting the role of Christian Grey in the Fifty Shades of Grey Movie trilogy. It immediately made the actor uncomfortable and he started to regret signing on that dotted line. He also wanted to have a say in final script approval and apparently that option was also taken from him leading Charlie to be very uncomfortable with the whole situation.

Katey Sagal, best known for her role as Peggy Bundy in Married With Children, actually convinced Charlie to trust all of those instincts that were telling him that this was a bad idea. The two work together on SOA and Katey knows the difference that one role can make in an actor’s life. While Married With Children made her a household name it also nearly destroyed her career because she was so typecast. She agreed that the Fifty shades role would certainly skyrocket Charlie to super stardom, but if it didn’t feel right then maybe he should rethink it.