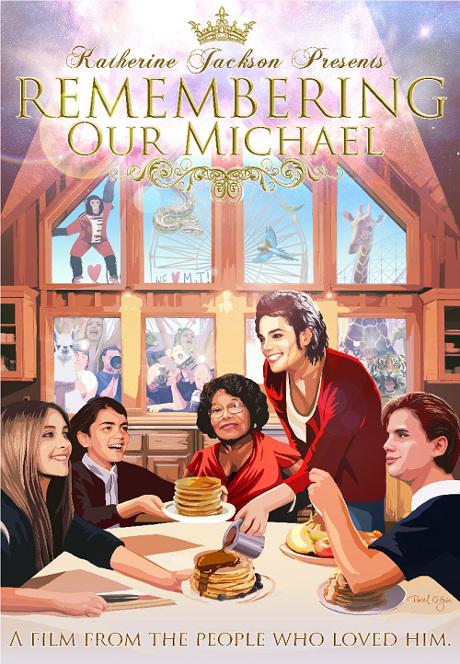 Is Katherine Jackson using her grandchildren to solicit money from Michael Jackson fans? It seems so. Michael Jackson’s mom says that she’s planning on creating a sincere, heartfelt documentary, entitled Remembering Michael, about MJ’s life. But what it really appears to be is an attempt to make money off her son’s powerful name and image. It’s hard to believe that Katherine Jackson, who always seems so lovely, would do something of this nature . . . but it’s sort of hard to view the situation in any different light.

Katherine announced that she’d like to head the documentary; however, to begin the project, according to TMZ, she needs fans to send her money “to pay for the licensing of Michael’s image and music.  Translation — she’s insinuating the big bad Michael Jackson Estate is being coldhearted and greedy by charging Michael’s family.”

As if soliciting fans for money isn’t peculiar enough, the details surrounding the project get shadier. Howard Weitzman, the attorney responsible for the Jackson estate, said recently that nobody from the family (or attached to the “project”) has contacted him about any of this and wanted to reiterate one important fact: “The Estate would never ask Michael’s fans to contribute their money to finance any speculative project. The Estate will continue to release only the highest quality finished, professional projects showcasing the genius and humanity of Michael such as the ‘This is It’ film and the 2 very successful shows with Cirque du Soleil.”

Katherine has supposedly set up a website featuring Michael’s children — Blanket, Prince, and Paris — and “rewards,” available to those who contribute to her FundAnything Campaign. She’s asking for a whopping $3.2 million dollars and, as of yet, has only received $3,677. You’ve got a ways to go, girl! What do you think about Katherine’s efforts regarding this project?

It’s important to note that if the Estate does not sign off on this project that the family cannot proceed with the project’s release. Here’s a sneak peek of the doc: