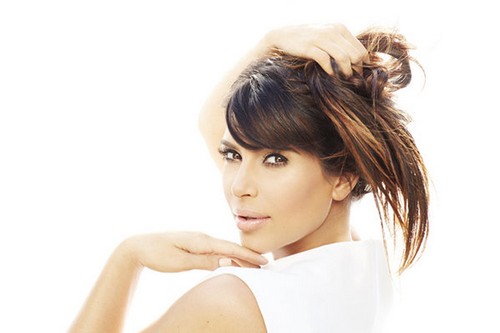 Tonight on E! KEEPING UP WITH THE KARDASHIANS continues with another new episode called, “Home Is Where Your Mom Is” On tonight’s show Kourtney wonders why Scott is spending so much time with Kim, and Bruce and Brandon get competitive over a ping pong tournament. Did you watch last week’s season 8 episode 6? We did and we recapped it here for you.

On last week’s show it looked like Khloé was feeling a little left out. After showing to go out to dinner with Kim and Kourtney, she found her sisters going through baby items instead of getting ready.  “When you guys do baby stuff, you don’t talk to me!” Khloé complained. But Kim and Kourtney brushed her off, so Khloé went out with Kris Jenner instead for a fun night.

On tonight’s show Kim learns that her new house won’t be ready in time for the baby and tries to figure out where to go. Meanwhile, Kourtney wonders why Scott is spending so much time with Kim.  Kourtney gets jealous that Scott volunteers to help Kim decorate North West’s nursery. Not without spite, Kourtney sarcastically tells Scott, “I love how you don’t do this at our house.” Bruce and Brandon get competitive over a ping pong tournament.

Tonight is going to be another crazy episode that you won’t want to miss, so be sure to tune in for our live coverage of E!’s “Keeping Up With The Kardashians” tonight at 9PM EST! Meanwhile, while you wait for our recap hit the comments and let us know how excited you are about the new season of KUWTK?  If you want to check out a sneak peek and some spoilers of tonight’s episode, you can see it here.

It’s interesting to see how Kim’s pregnancy is playing out on Keeping Up With the Kardashians.  We already know that she has spent the first few weeks of motherhood at her mother’s home but on the latest episode we are watching her try to figure out where to live. Her home has been rented and Kris has offered to let her little family move in so that Kim will have help but in true bitch form, Kim isn’t sure she can stomach being there. Kris has a black shower and black toilet paper, something Kim wants no part of!

In between watching Kim debate testing out first time motherhood under her own mothers roof we get to watch slowly but surely rebuilding his relationship with his sons. Things were rocky between them for years but now both Brandon and Brody Jenner are hanging out more. Brandon decides to take ping pong lessons so that he can beat his dad- or at least try to.

Scott is really trying to get closer to Kim while she’s pregnant. He takes her to dinner and then goes with her to learn baby CPR. He is really learning some decent kinda-sorta brother-in-law brownie points here. Kourtney is pissed off because Scott didn’t tell her that he was going above and beyond for her sister.

After much convincing, Kim finally decides to spend her first month of motherhood at her mother’s home. It’s not her ideal but she thinks it’ll be okay for awhile and Kris is thrilled to have a “room-mate”. Bruce isn’t on the same page. He states that the last thing that he needs to deal with is a hormonal woman and a crying kid. Ouch. In spite of the reservations Bruce helps to box up her baby stuff to move in.

While rearranging boxes it becomes pretty clear that Scott and Kourtney are having issues. He is trying to help Kim and every step of the way it’s pissing Kourt off because he never helped her to get ready for their babies. It gets ugly and Kris says she’s acting jealous and eventually Scott tells Kris that Kourtney insists Kris didn’t raise Kourtney! I guess the nannies did!

Tune in next time for more of Keeping Up With the Kardashians!