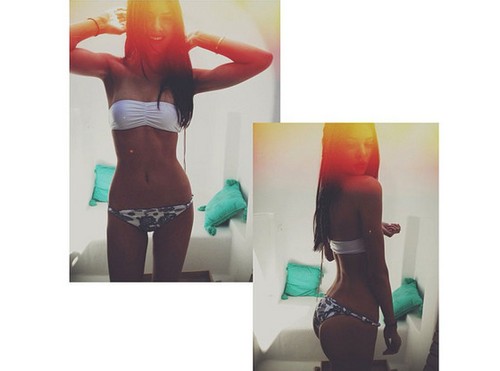 Kendall Jenner doesn’t exactly have the best role models in her family, so it’s not really surprising to see her often posing revealing pictures of herself online. Kendall just posted several bikini shots of herself on Instagram, and needless to say, those are the kind of pictures seventeen year old girls shouldn’t be posting online, much less to millions of followers.

Of course, celebrities love to show off and as much I loathe to call the Kardashians celebrities, they have somehow branded themselves with the tag. Kendall has a LOT of followers, and I would bet that a large number of those followers are creepy pervs waiting for shots like this. 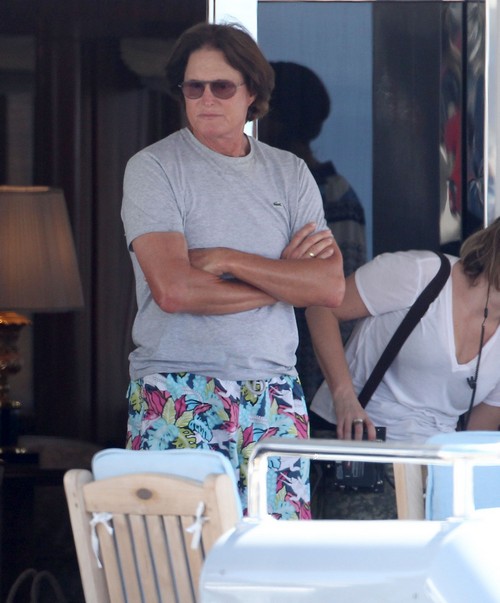 In a normal situation, the girl’s parents would intervene and remove those pics from the Internet. Well, in this case, not only will that NOT happen, but her mother and pimp, Kris Jenner, is more likely to actually re-tweet and re-post those images. You think we’re joking? Well, a couple months ago Kim Kardashian, Kendall’s older sister, actually posted a video of Kendall’s body, with the following words, “OMG guys. Just look at my gorgeous supermodel sister Kendall Jenner. She’s on vacation in Greece right now and she’s so hot and skinny in her little bikini. I’m so jealous. Just look at her body. LOOK AT HER. EVERYBODY LOOK AT MY SISTER RIGHT NOW. I know this sounds creepy. Because it is.”

Well, at least she acknowledges that she’s being creepy. But I doubt that word means anything to her – considering that she is, after all, one of the ‘celebrities’ that made sex tapes a viable method of becoming famous. In fact, even though Kendall herself says that she wants to live away from the spotlight, she seems to be following in Kim’s footsteps more and more lately. Don’t be surprised if the minute she turns 18, she comes out with a sex tape a la Kim.