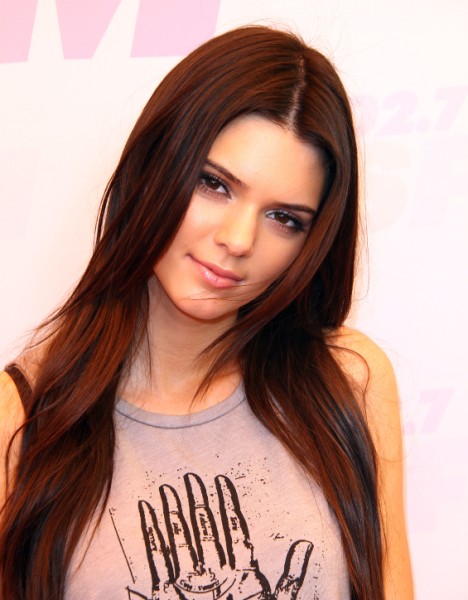 Perhaps it’s time to simmer down there Kendall Jenner, crotch shots always tend to come back and haunt people. I know Kim Kardashian has shared a whole lot worse but Kendall’s still only 17. She’s got plenty of time to flash everything to her heart’s delight.

But proving yet again that there is no rest for the wicked or the Kardashian, the young model felt the need to post another revealing shot on her instagram. Kendall Jenner really wanted to show you she was wearing rolling skates… and her bikini area. Why am I making this so gross?? Why does this have to be about her crotch?? Because it just IS! If Gwyneth Paltrow can take shit for sexualizing young girls in bikinis then Kris Jenner should be able to take some over allowing her teenager to post shit like this. I know she probably has no idea what her daughters are posting half the time and thinks this is harmless. But is it? This is clearly sexual and inappropriate. Why allow her to start her career this way? Yes, that’s how Kim did it but look at Kim now. She’s a joke to the people the Kardashians want to impress. If Kendall wants to be taken seriously as a model then posting pics like this might not be the best way to do it.