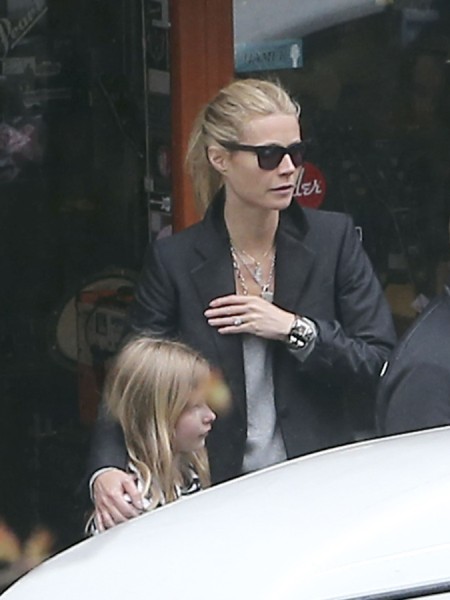 Should Gwyneth Paltrow just stop while she’s ahead? Biotch can’t do nothing right lately. First she’s a horrible mother because she starves her children with kale and rice milk, then she was ranked most hated celebrity and now she’s sexualizing young girls. I get that she’s a tad on the insufferable side but is it that much fun to hate the Goop? Must be.

Gwyneth’s under fire for promoting a line of bikinis on her site aimed for young girls created by Melissa Odabash. The two-piece ensembles are equipped with ruffles and are meant for the 4, 6, and 8 year-olds who want to look just like mommy in their bikinis! Gwyneth Paltrow’s people have already blasted the criticisms as “absurd”.  I do too. I love seeing my little nieces run around their yards in their little bikinis with their little bellies hanging out. It’s adorable and there’s nothing sexual about it. Again, it’s just fun to hate Gwyneth. Perhaps the marketing of the bikinis is the problem? The little model has an odd look and pose about her. I think if she was running through a sprinkler with a crazy grin on her face it might have worked. But I doubt Gwyneth knows any kids who still enjoy sprinklers. That’s poor fun for people like me damn it who grew up without pools or summer vacations to Bora Bora.

At this point Gwyneth will probably just brush this off like she brushes off all the other hate. She’s promoting Iron Man 3 now so any publicity is good publicity I’m sure. The only thing that’s probably irking her is the fact that she is getting compared to Jessica Simpson again. Jessica was also accused of exploiting young girls when she posted a pic of her kid in a tw0-piece last year. I love it! Gwyneth can take the hard knocks. She can take the unsupported loathing but continually being compared to Jessica Simpson or Jessica Alba has got to eat her shit up!

Where do you rank in this? Is Gwyneth Paltrow sexualizing young girls with her bikinis?