Kendall Jenner Crying: Breaks Down In Tears But Kris Jenner Exploits It For Keeping Up With Kardashians Ratings (VIDEO) 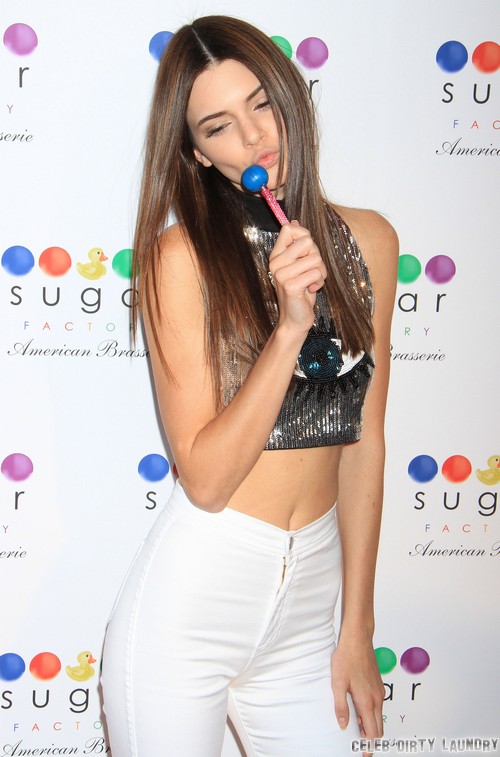 I’ve said it before and I’ll say it again – Kendall Jenner and Kylie Jenner have always seemed like the most normal and least fame-whorey members of the Kardashian family, and it sucks that they have to be dragged into the Keeping Up With Kardashians reality show because of who their family members are.

Kendall has previously expressed her interest to move away from reality TV after she gets a bit older, especially if her modeling career takes off. Obviously, Kris Jenner will probably do everything in her power to stop it, but I think everyone [as in the general public] was cheering for Kendall to stick up for herself and tell her shitty family to go stick it.

And while she hasn’t exactly done that yet, she has finally started displaying her displeasure at the reality show controlled aspects of her family life. When Kendall was excluded from a regular family vacation, she burst into tears and ran into her room. When the camera guy tried to follow her in, with Khloe Kardashian asking Kendall to open the door, Kendall screamed at them to get out. She yelled, “Go away… I’m not filming this!”

First of all, the fact that the E! crew tried to follow her into her bedroom while she was crying is disgusting. I mean, I know they’re used to recording all the family members in various moments of distress [who can forget Kim’s infamous crying face], but isn’t there such thing as boundaries? Never mind, I just realized who I was talking about.

Anyway, Kendall’s finally displayed some spunk and stuck up for herself, and I hope it continues. And I hope next time, she leaves that damn house and doesn’t come back.

What do you guys think about Kendall’s outburst? Do you think being on Keeping Up With the Kardashians is starting to get to her? Let us know your thoughts in the comments.